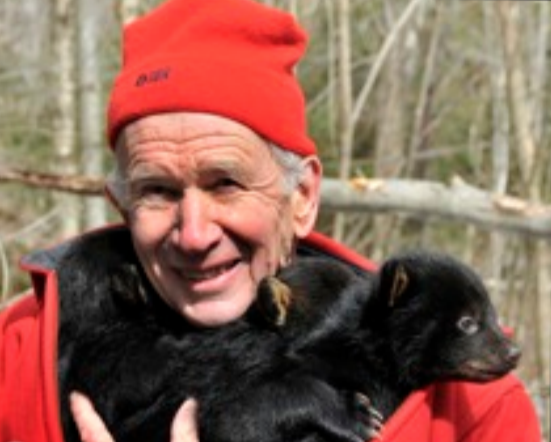 This member profile is from the January 2019 edition of the Vermont Environmental Report (VER). Find the full issue here.

Why are you a member of VNRC, and when did you initially become involved?

I have always believed that any serious interest should have an organization to represent that interest. Without doubt, Vermont’s natural resources qualify for advocacy! I became a member back in the days of Richard Brett and Seward Weber, sometime in the 1970s. I tried to find out at the office, but you don’t keep records back that far.

As a forest landowner since 1953, what are some of your pressing concerns for the future of Vermont’s forests?

Climate change, which brings more stress to trees and makes them even more susceptible to insects and diseases. The Emerald Ash Borer. The loss of low-grade wood markets that are crucial for good forest management. The fragmenting of forestland into house lots that are too small for timber harvesting or wide-ranging wildlife habitat.

In the mid 1990s, you donated a conservation easement to the Upper Valley Land Trust. Why did you decide to do this, and how has the decision paid off in the decades to follow?

My parents purchased our original dairy farm in Bradford in 1935. I remember the destruction of the Great Hurricane of September 21, 1938. In 1945 they obtained two adjoining farms and the associated woodland. This allowed for grazing the dairy cattle on meadowland instead of in woodland, which was common practice at that time but had the same effect on forest regeneration as too many deer. I purchased the farm from my parents in 1953 and added two more farms in 1957, which made it possible to cease pasturing the young cattle in the woodland altogether.

I have a record of the first Orange County forester’s visit in 1942. First my father, and then I, benefited from the advice of county foresters until 1980, when the new Current Use program started to occupy most of their time. Since then, consulting foresters have guided our practices through the management plans required by Current Use.

My youngest son built his home on the property and is now in the process of taking it over. The work of three generations has taken the land from a pastured, devastated survivor of the ’38 hurricane to productive woodland. We think the long-term management of this woodland should be continued into the future—hence the Conservation Easement.

Why is the Current Use program important?

Before the Use Value Appraisal Program, or Current Use, became effective in 1980, forest and farmland were taxed on an Ad Valorem value (highest and best use). This had the effect of forest landowners and farmers selling their land for development because the land alone could not earn enough to pay the taxes. By allowing land to be valued based on it remaining in forest or agricultural use, Current Use has been a huge help in keeping a rural landscape in Vermont and in other states with similar programs.

What else should Vermont do to make it easier for forest landowners to keep their wooded parcels intact?

Vermont should study Quebec’s support of its forest industry. The best logs in New England are trucked to Quebec for processing, depriving our area of the value-added dollars that should remain here. A system for connecting loggers and consulting foresters with wood processors to better meet the needs of both should be investigated.

Are there ways that landowners can responsibly bequeath their forests to family members without subdividing or fragmenting the land?

One way is to form a Limited Liability Company (LLC) that maintains the land as a whole and issues shares to each heir. The LLC can stipulate if and how the shares can be further distributed in the future.

What advice do you have for forest landowners looking to manage their privately-owned wooded parcels with an eye towards conservation?

First and foremost, employ a consulting forester just as you’d secure the advice of your doctor, dentist, lawyer or accountant. They are professionals trained in the intricacies of forest management, of which a layman has no idea. Consider a Conservation Easement, but be sure to construct it to allow forest management and harvesting under the guidance of a consulting forester.