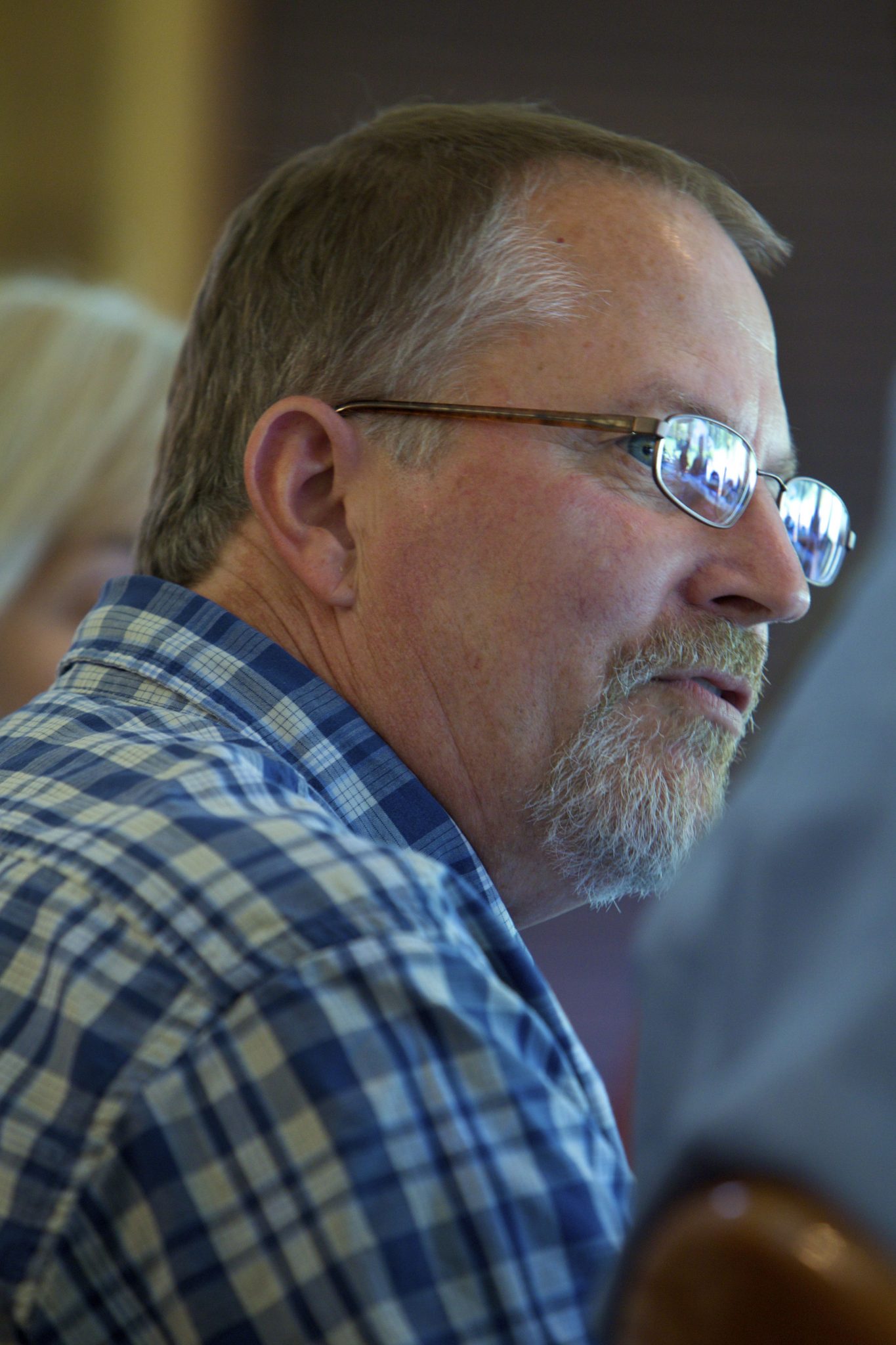 This member profile is from the January 2019 edition of the Vermont Environmental Report (VER). Find the full issue here.

At the Summer 2018 meeting of the Forest Roundtable, a diverse gathering of forest professionals first convened by VNRC 12 years ago, VNRC’s Forest and Wildlife Program Director Jamey Fidel presented Steve Sinclair with an award for his long-standing dedication to Vermont’s forests, and to the Roundtable itself.

As Director of Forests at the Vermont Department of Forests, Parks and Recreation, Steve was a critical partner in implementing many of the Roundtable’s recommendations, including VNRC’s research on subdivision trends in Vermont’s forests and promoting planning to help landowners keep their forestland intact. “Steve was there from the very beginning, and believed in the power of partnerships to achieve the goal of keeping forests as forests,” says Fidel.

Roundtable participants have included consulting foresters, professional planners, government officials, landowners, representatives from the forest products industry, conservation organizations, and many others. “VNRC has done a tremendous job trying to bring all voices to the table, getting all sectors involved, and making them heard,” reflects Steve, who recently retired after 43 years with the Department. We spoke with him about the Roundtable’s history, its biggest accomplishments, and more.

VNRC: How did the Forest Roundtable get off the ground?

SS: In my career, I witnessed a number of efforts to get a broad cross-section of forestry interests at the same table together. Back in the ‘80s, the Department [of Forest, Parks, and Recreation] tried to do this with the Forest Resources Advisory Council (FRAC). Later, an informal discussion group called the Blueberry Hill Gang began meeting at the Blueberry Hill cross-country ski center in Goshen, bringing together Forest Service officials, local governance, conservation and business interests. Then there was a lag. VNRC and Jamey Fidel filled the void in 2006 when they formed the Forest Roundtable.

VNRC: What have been the Roundtable’s biggest accomplishments?

SS: The Department’s partnership with the US Forest Service required us to put together a forest action plan every ten years, to communicate our vision for Vermont’s forests. It was really beneficial to have the Roundtable’s cross-section of critical partners review the plan and provide guidance on our actions. Similarly, when the Department was required by the Legislature to analyze forest fragmentation in the state, we were able to draw on the research that VNRC had done on this topic.

Just having a forum like the Roundtable in and of itself has been invaluable to forest work in Vermont, from improving Current Use to analyzing parcelization. VNRC’s new report tracking parcelization from 2004-2016 is a model for our future monitoring of these important and concerning trends.

VNRC: What else would you like to reflect on, from your career as a forester?

SS: It’s not easy to admit this as a Vermonter (we always say that the good thing about New Hampshire is that it affords nice views of Vermont), but in my 40+ years as a forester, I have always been envious of New Hampshire’s ability to get the environmental and natural resources sectors in communication with the forests products industry and forest economy. The Society for the Protection of New Hampshire Forests even shared offices at one point with the state’s timber producers and forest products sector.

As foresters we tend to focus more on what’s removed than what’s left behind; or what we disagree on, versus things we agree on. Having the right kind of collaboration is key, and being a part of VNRC’s Forest Roundtable has provided that in Vermont to great success.