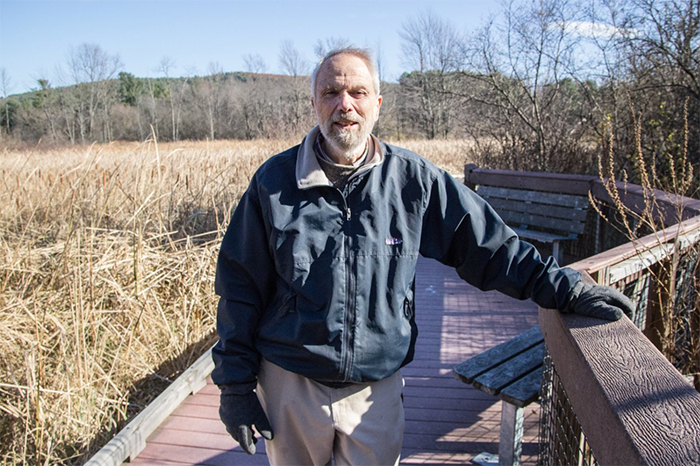 King’s work has rippled across the state to better inform public policy and local action on a range of initiatives that have deeply impacted Vermont communities and our environment for the better.

The award will be co-presented by author, educator, and environmentalist Bill McKibben, a Ripton resident and member of VNRC’s Advisory Committee. In his book Wandering Home, McKibben noted that King and his wife, Barry, are the “sort of people who make a place tick – there’s not a good civic work in which they’re not implicated…[and they are] governed by common sense and a dose of wry humility.”

Laurie Cox, chair of the Ripton Selectboard, wrote in her nomination of King, “Warren’s commitment to leading our town – our community – in a positive direction is deeply based, long lived, and vigorously worked at. He is a leader and…he has consistently sought to involve people who represent a range of opinions to ensure the wider community is represented in the process while aiming for consensus…He will share his knowledge, he will share his ideas, and he will share the recognition for success.”