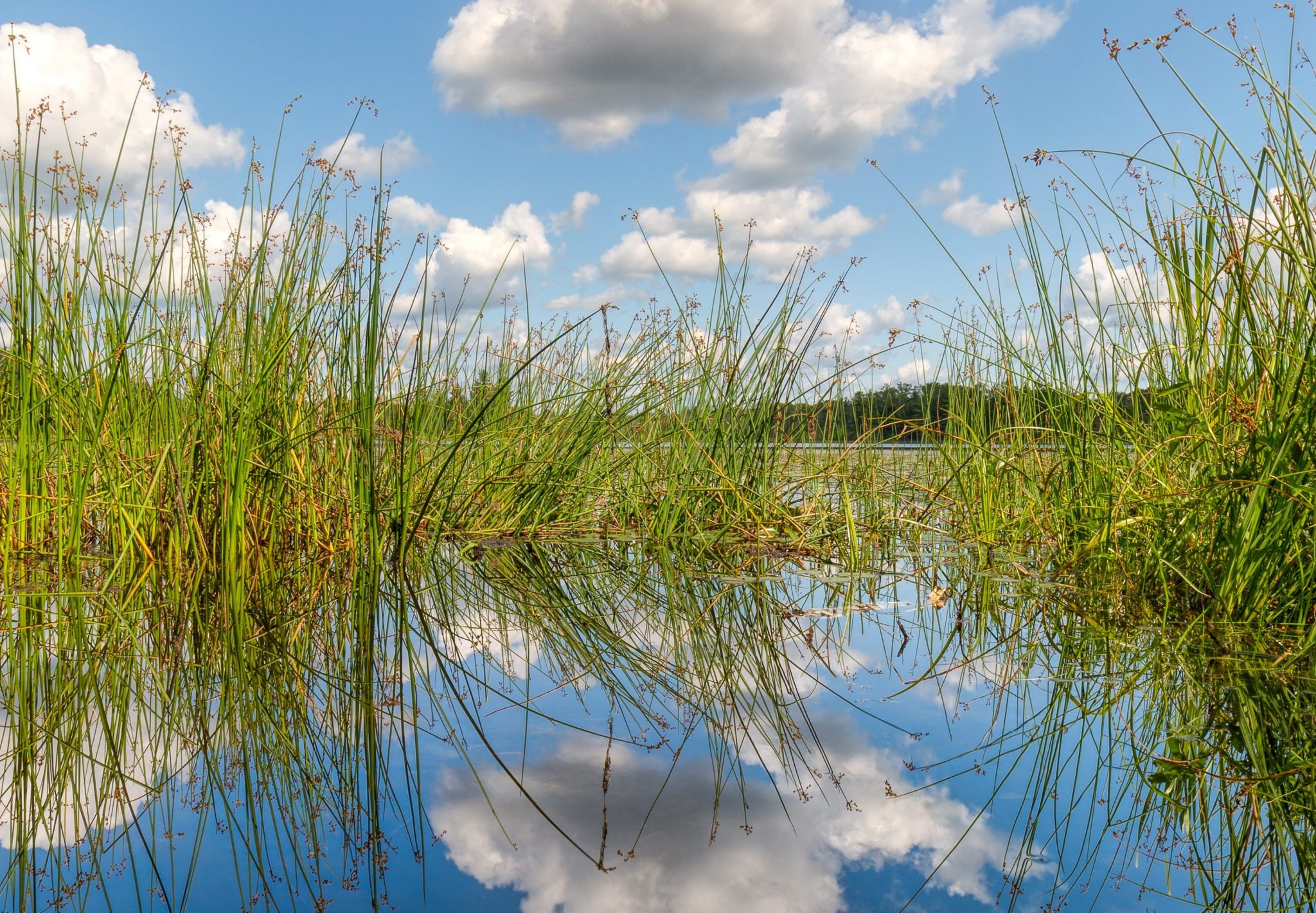 The following comment was provided to Ms. Lapierre, Vermont Wetlands Program, via email on September 13, 2017. VNRC previously submitted a petition to the Vermont Agency of Natural Resources (ANR) to designate Class I protections for The Nature Conservancy’s LaPlatte River Marsh Preserve in Shelburne. Read more about our petition and the subsequent public hearing.

The Vermont Natural Resources Council (VNRC)’s petition in this matter clearly demonstrates that the LaPlatte River Marsh Wetland (LRMW) meets the criteria to be classified as a Class I wetland under the Vermont Wetland Rules (VWR).   Under the VWRs, the Vermont Agency of Natural Resources (ANR) must grant a petition to reclassify a wetland to Class I if ANR finds that the wetland is “exceptional or irreplaceable in its contribution to Vermont’s natural heritage.”  See VWR § 2.6 (c) and 10 V.S.A. § 905b (18A).  ANR’s evaluation of whether a wetland is “exceptional or irreplaceable” is based solely on the wetland functions and values set forth in VWR § 7.4 (b) and 10 V.S.A. § 902 (6) (c).

VNRC’s petition, prepared by Arrowwood Environmental (Arrowwood), sets forth the numerous significant functions and values that LRMW provides that make it a Class I wetland.  The petition finds that the LRMW is “exceptional or irreplaceable in its contribution to Vermont’s natural heritage” for nine of the ten functions listed in VWR § 5.  Arrowwood’s analysis of the significance of the LRMW is based, in part, on their extensive experience as ecologists evaluating wetlands in Vermont, their field assessments of the LRMW, and evidence of the importance of the LRMW recorded by other ecologists.  See VNRC’s petition and Arrowwood’s comments at the public hearing on VNRC’s petition.

For example, the petition cites a study prepared by The Nature Conservancy (TNC) in 2016 on the LRMW.  The report begins with the following paragraph:

The LaPlatte River Marsh has long been recognized as a natural treasure. The natural area is diverse and includes much more than an outstanding marsh complex; it also includes floodplain forests,  buttonbush swamps, rare forest types, rare species of plants and animals, and excellent wildlife habitat. Standing on the levee shoreline of the LaPlatte River under an arching canopy of silver maple it is easy to imagine being in a remote and wild location, even though a highly developed portion of Chittenden County surrounds the natural area.

In addition, John Austin, a biologist with the Vermont Department of Fish and Wildlife, prepared a report in 2017 that details the very significant wildlife functions of the LRMW.  Mr. Austin’s report includes the following:

The LaPlatte River wetland complex extending from the falls where the river is crossed by Falls Road in the Town of Shelburne to where it has it’s confluence with Lake Champlain is a rich mosaic of wetland conditions that support a diversity of wildlife. The habitat and natural community conditions of this area are described in a report prepared by Eric Sorenson, Charlie Hohn, and Avery Shawler (Natural Communities of the LaPlatte River Marsh Natural Area – January 2016). Headwaters of the LaPlatte River originate in the Town of Hinesburg and the riparian habitat along the entire length serves as an important corridor for wildlife through an otherwise highly fragmented part of the state. In fact, the connectivity function provided by the LaPlatte River throughout its course is one of the most significant functions it provides for wildlife and is what enables animals such as bobcat to access the wetland complex in the lower reaches of the river.

At the public hearing on VNRC’s petition both Arrowwood and TNC commented on how the assemblage natural communities make the LRMW an exemplary wetland community (VWR § 5.5) and provides rare, threatened and endangered species habitat for a variety of species.  (VWR § 5.6).  This, and further documentation about the exceptional or irreplaceable nature of the LRMW under the functions and values of VWR § 5 is provided in VNRC’s petition.

VNRC has seen no evidence disputing the ecological significance of the LRMW.  In addition, VNRC is not aware that any person is contesting that the LRMW meets the requirements for Class I designation in the VWRs.  See VWR § 7.4 (b) and 10 V.S.A. § 902 (6) (c).

The concerns expressed at the public hearing regarding VNRC’s petition did not focus on ecological values of the wetland under VWRs.  Rather, concerns were expressed about extending the buffer around the LRMW from 50 to 100 feet, and the more stringent regulations that would apply to activities within the LRMW wetland and buffer if VNRC’s petition were granted.

VNRC appreciates and supports ANR’s efforts to answer questions that property owners have regarding the proposed Class I designation for the LRMW.  However, ANR’s final decision on the petition must be based solely on the functions and values of the LRMW.  As noted above, the LRMW clearly meets the criteria for Class I designation under the VWRs.

Some of the commenters at the public hearing requested that ANR consider reducing the default 100 foot buffer provided for Class I wetlands under the VWRs to address potential regulatory impacts to specific properties if VNRC’s petition is granted.  Buffer zones function to provide designated wetland areas protections to ensure that wetland functions and values are not diminished.  According to the VWRs, “until otherwise designated by the Secretary, a one hundred (100) foot buffer zone is established contiguous to the boundaries of a Class I wetland.” VWR § 4.2.  A 100-foot buffer zone width for Class I wetlands “was the result of compromise in the initial 1990 rulemaking. The intent was to provide adequate protection of those wetland functions. . . with the least regulatory burden upon landowners and other affected persons.”[1]

ANR has authority under the VWRs to reduce the presumed default 100 foot buffer for a Class I wetland.  See 10 V.S.A. §§ 902 (9) and (15).   The former Water Resources Board held that  “unless sufficient credible evidence is submitted rebutting this presumption, a buffer consisting of a minimum 100 feet in width is required.”[2] Additionally, the Board held that ANR “may establish a narrower or wider buffer zone, taking into consideration locale-specific conditions in relation to the wetland resource and its specific functional attributes.”[3]

Moreover, VNRC submits that ANR may not alter the default 100 foot buffer for the LRMW on its own volition.  VNRC’s petition provides the basis for the reclassification and the application of the default 100 foot buffer.  In effect, VNRC is the applicant for this designation and there is no authority for ANR to amend VNRC’s petition to reclassify the LRMW without VNRC’s consent.

VNRC is willing to consider proposals that would deviate from the default 100 foot buffer.  However, consistent with Vermont law, any such proposal must be based on what is necessary to protect the functions and values of the LRMW.  To date, VNRC has not been presented with any information that would justify deviating from the default 100 foot buffer.

As Rose Paul from TNC indicated at the public hearing, and in her written comments, TNC has seen a number of “nicks and cuts” in and around f the LRMW over the years.  The Class I designation, with the default 100 foot buffer, will allow ANR to review additional activities that may adversely affect the LRMW.  In addition, it will provide ANR with greater regulatory authority to minimize these encroachments to ensure that this incredible natural area of statewide significance is protected for the enjoyment of Vermonters today and into the future.

Thank you for your consideration.