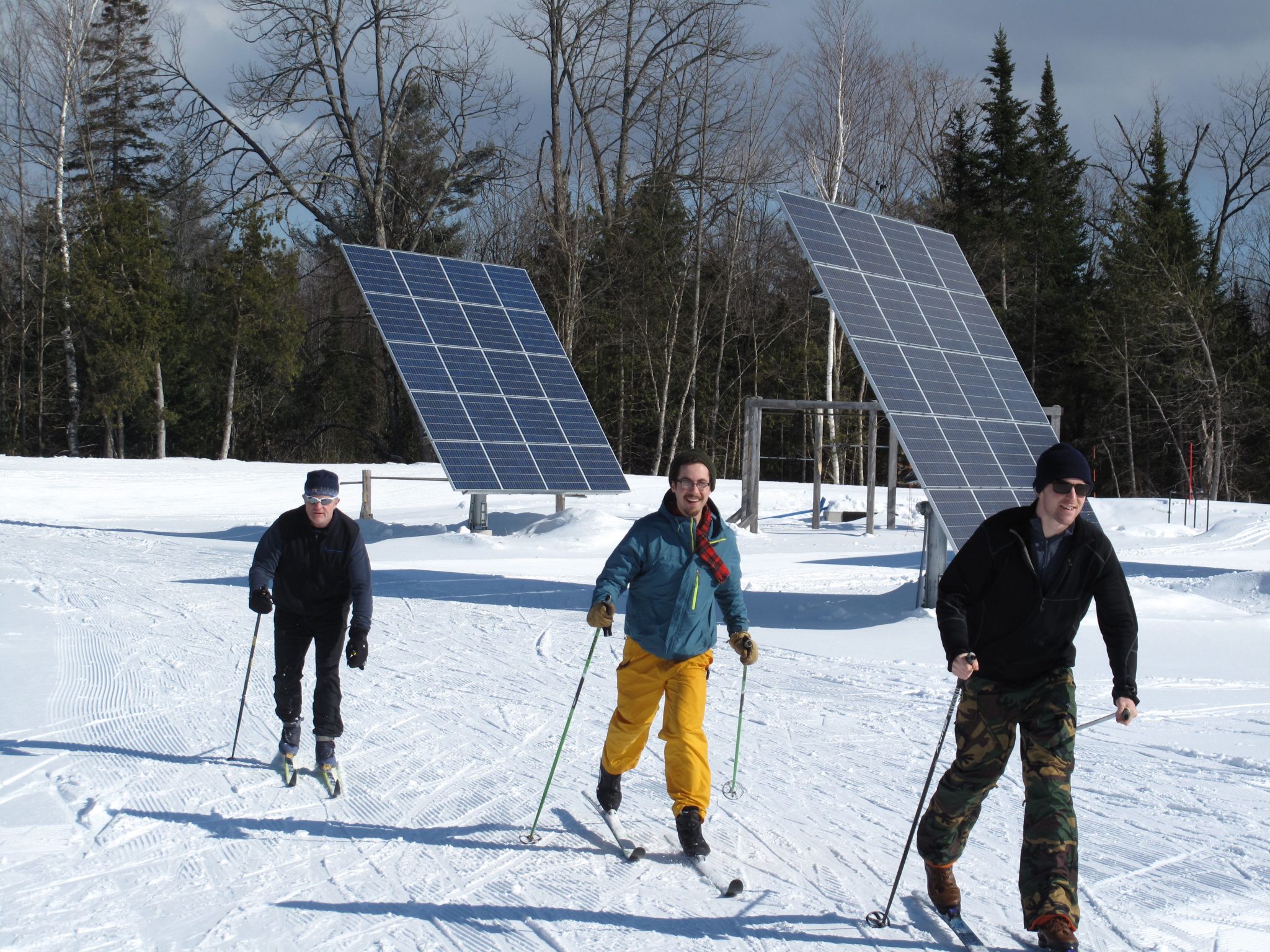 Four of Vermont’s most prominent athletes spoke out at Morse Farm on Monday to voice their concerns about the threats posed by climate change to Vermont’s iconic industries.

Nordic skiers Liz Stephen and Ida Sargent, and biathletes Hannah Dreissigacker and Susan Dunklee, called for action to avert the worst effects of climate change, which could doom Vermont’s long, snowy winters and spring nights spent boiling sap. These Vermont winter Olympians train and compete all over the world and are witnessing how climate change is jeopardizing winter sports from Lake Placid to Switzerland, as well as back home in Vermont.

“Thirteen of seventeen venues we raced at this year were on man-made snow,” said Liz Stephen, an East Montpelier native. “Vermont has taken a lead on so many important issues, we can lead on climate too.” The athletes called for Vermont to take a lead in rejecting dirty fuel sources that cause global warming pollution, and build on successes in promoting clean, renewable energy.

Of particular concern is the possibility of tar sands fuel being transported through the state via an aging pipeline that runs from Montreal to Portland, Maine, crossing through 10 Vermont towns including Jay, Burke, Barton and Sutton. Tar sands fuel is almost 20 percent more carbon intensive on a life-cycle basis than regular oil.

Susan Dunklee was raised in Barton, which was one of 13 towns to pass a resolution at Town Meeting Day in March this year expressing concern about the transport of tar sands through Vermont. “I am proud that Vermont is taking a lead in saying ‘No’ to ideas that make climate change worse,” Dunklee said. “We cannot allow dirty fuel that’s nearly impossible to clean up to be transported across Vermont’s rivers and streams, and run alongside Crystal Lake.”

“It’s time to start putting a price on carbon emissions that reflects the true cost of climate change,” said Hannah Dreissigacker, a Morrisville native. “It will allow us to continue to do the things we love, while giving us space to develop cleaner sources of energy.”

The Olympians are home for just a few weeks in April, taking a break after Sochi and the whirlwind tour that involved meeting President Barack Obama in Washington, D.C.

“One part about the sport that I love is being able to go out my door and ski,” said Ida Sargent, also of Barton.  “Being restricted to man-made snow limits the sport and the joy we all get from it.”

The Olympians were joined by Burr Morse, a seventh generation Vermonter whose farm, famed sugarworks and popular Nordic ski trails have weathered increasingly extreme and unpredictable winters and springs over the past two decades.