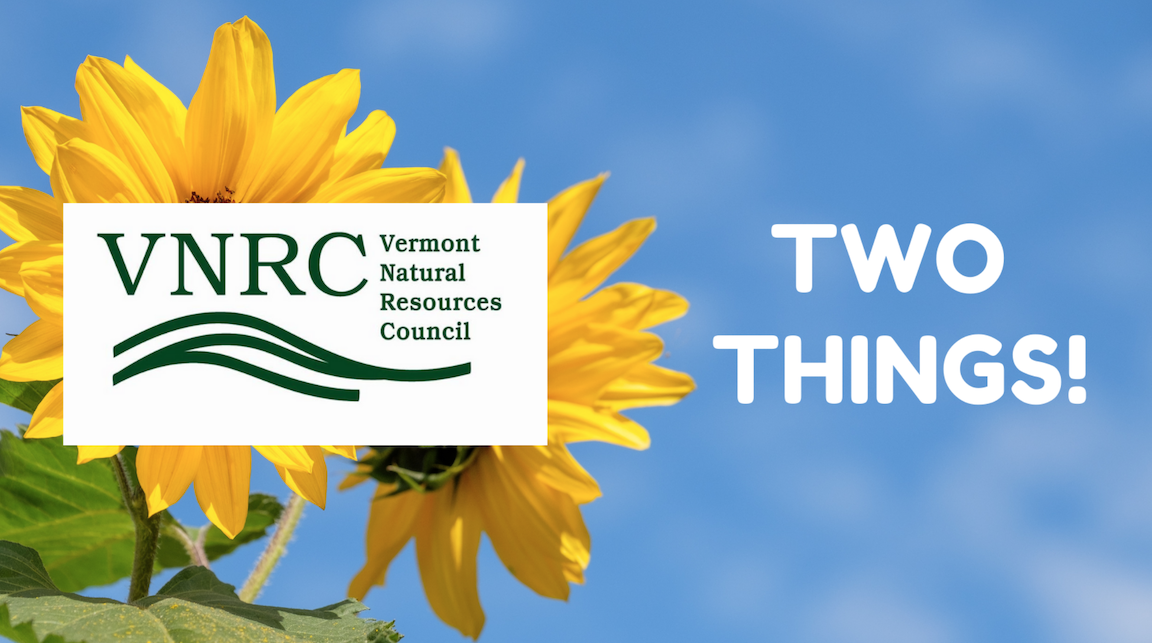 Two things: Michael Snyder, Vermont’s Commissioner of the Dept of Forests, Parks, and Recreation is stepping down at the end of this year, and VECAN is hosting their 15th annual conference. Also, since it’s been a minute, a bonus two things: Vermont has adapted a rule for cleaner cars and trucks, and ghost dams are in the news.

Commissioner of Department of Forests, Park, and Recreation is Stepping Down

Last week it was announced that Michael Snyder, Commissioner of the Vermont Department of Forests, Parks and Recreation—who has been in the role for more than a decade—is stepping down at the end of 2022. We want to thank Mike for twelve years of  strong advocacy for forest health and conservation in Vermont. According to VNRC’s Forest and Wildlife Program Director, Jamey Fidel, “Mike will leave a big void in the department and state government. He was respected for his knowledge on forest issues, and he oversaw major initiatives, including leading on addressing forest fragmentation, strengthening Vermont’s Current Use Program, implementing forester licensing, supporting local and regional planning to maintain forest integrity, passing Vermont’s Right to Conduct Forestry law, implementing a roadmap for the future of Vermont’s forest economy, supporting incentives to manage for old forest conditions on private forestland, and so much more. It’s an impressive legacy for one Commissioner.”

To read more, check out this article from Seven Days.

Come to the Vermont Energy and Climate Action Network Conference, starting December 10th which is FREE and open to all. The six-day virtual series will take place on December 10th (9-noon), and then 12th, 13th, 14th, 15th and 16th from 12-1:30. So, bring your lunch and join a robust lineup of speakers who are experts and leaders in Vermont’s work to advance an equitable clean energy transition in the face of climate change.

For more information on the conference and to register, click HERE.

In other news, Vermont has moved forward with two key regulations to significantly

reduce climate pollution from transportation in the state: Advanced Clean Cars (ACC) II and the Advanced Clean Trucks (ACT) rules. Directly on the heels of California filing its rule, the Vermont Agency of Natural Resources filed the rules with the Secretary of State’s office, making the rules effective in Vermont on December 16, and delivering on one of the most significant carbon and cost-cutting measures outlined in the Vermont Climate Action Plan. Read more here.

WATCH: Ghost Dams in the News!

Someone recently called VNRC a team of ghostbusters for dam removal. We’re more than okay with that! Thanks to Kevin Gaiss, who reported this terrific segment for WCAX-TV. Watch and learn all about a ghost dam in Jericho, one of the winners of our recent “ghost dam hunt”!