Home » News & Stories » Climate Action and Clean Energy » Two Things: A New Podcast, & Our Video Series on Climate is Back 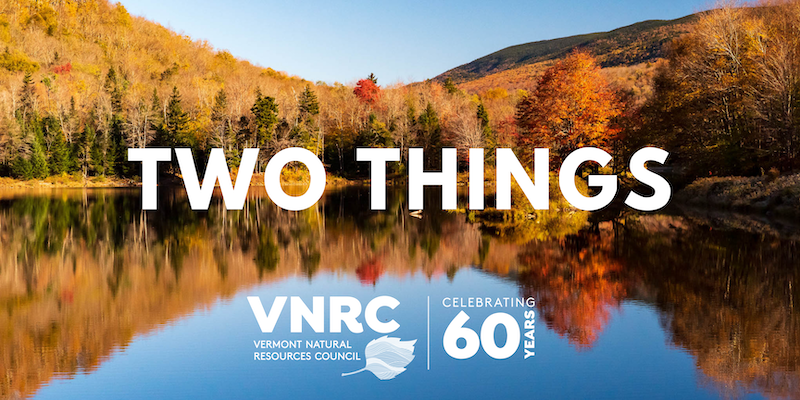 Two things: Today, we’re sharing two things we highly recommend watching and listening to every week, in order to stay informed about what’s happening at the Vermont State House. They are the Democracy Dispatch Podcast, and the Climate Dispatch video series.

What’s Going on in Vermont’s Democracy?

Good question—and for the answer, we highly encourage you to check out the Democracy Dispatch podcast, hosted by Justin Marsh, Political Outreach Director for our partner Vermont Conservation Voters (VCV). Justin will be joined every Monday with folks from the VCV team to update you about everything that happened in the Vermont State House the week before, and what to expect throughout the upcoming week. They will speak with legislators, environmental allies, go deeper on some policy initiatives, and sit down with special guests to discuss topics affecting our air, water, open space, and quality of life. New podcast episodes launch every Monday during the Vermont Legislative Session.

In the first episode, Representative Taylor Small (P/D-Winooski) talks about the Winooski Dome Proposal Project of 1979, a PFAS bill set to be taken up this session, and climate priorities for her city. VCV Executive Director, Lauren Hierl, catches up with Middlebury Representative Amy Sheldon for a deep dive conversation outlining her priorities for the new biennium as chair of the restructured House Environment and Energy Committee. (Listen here.)

In the second episode, Justin speaks with Susan Clark about her contributions to Freedom and Unity: A Graphic Guide to Civics and Democracy in Vermont, recently published as a collaboration between The Center for Cartoon Studies, Vermont’s Secretary of State office, and Vermont Humanities Council. Lauren Hierl catches up with Senator Anne Watson (D/P-Washington) for a deep dive conversation about the Affordable Heat Act, just moments after the Senate Natural Resources and Energy Committee reviewed the proposed legislation. (Listen here.)

Check out the Democracy Dispatch here…

And…The Climate Dispatch is Back!

Good news! There’s another way to follow up on happenings at the State House, with the Climate Dispatch, hosted by Johanna Miller, VNRC’s Energy and Climate Program Director, and VCV Executive Director Lauren Hierl. Curious what’s happening at the State House and how you can make your voice heard? Tune into the online conversation by following the #ActOnClimateVT hashtag on social media, and watch our near-weekly legislative update posted shortly after 12PM on Fridays during the legislative session (and otherwise as needed).

So far in the first episode of the legislative session, the Climate Dispatch team has been joined by Senator Chris Bray, Chair of the Senate Committee on Natural Resources and Energy, to share an exciting update on the introduction of S.5, the Affordable Heat Act. (Watch it here. ) And, in episode two, they were joined by Representative Laura Sibilia, Vice Chair of the new House Environment & Energy Committee, a newly constituted committee which is going to have a suite of important policies on their desks this session.  (Watch it here.)

Find out more about all things Climate Dispatch…