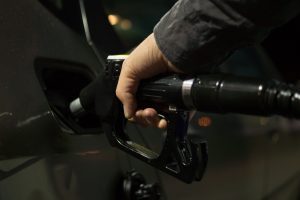 Montpelier – Yesterday the Environmental Protection Agency (EPA) reversed the agency’s previous decision to increase federal fuel efficiency requirements, known as the Corporate Average Fuel Economy (CAFE) standards. The efficiency standards would have required cars to reduce polluting emissions for model years 2022-2025. These standards were adopted in 2012, after intensive analysis and with support of automakers. Existing standards have led to transportation innovation and accelerated the progress of electric and hybrid electric vehicles.

“Collectively, Vermonters have saved $80 million to date from strong fuel economy and pollution emissions standards. Although this rollback is not surprising, considering the Trump administration’s disdain for science and facts, it comes at a high price for public health and people’s pocketbooks,” said VNRC’s Energy & Climate Program Director Johanna Miller. “If these provisions are weakened, it would cost the average Vermont household almost $2,500 over the next decade.”

“It’s unconscionable that the head of the Environmental Protection Agency, backed by the President of the United States, is proposing to weaken the CAFE standards. This rollback will impact air quality, undo public health efforts and cause citizens to spend more money to run their vehicles,” said State Representative Mollie Burke, a member of the House Transportation Committee. “It’s a big win for the oil companies and auto manufacturers and a loss for the health of citizens and the planet.”

With the decision, the Administration is turning its back on innovation and progress toward zero emission vehicles.

Combined, the states that have moved forward with stronger fuel emissions standards represent 113 million Americans; more than one-third of the auto market. California – the world’s sixth largest economy – has led the way in strengthening pollution controls for cars. In recent years, the national standards were consistent with California’s strong standards. This proposed rollback takes aim at California’s authority – as well as the authority of Vermont and other states – to ratchet down pollution from cars and move towards zero emission vehicles.

This change would come at a significant climate change-combating cost as well. Curbing the standards would be a huge blow to Vermont’s greenhouse gas reduction efforts. The standards eliminate transportation emissions equivalent to those from providing electricity to all of Vermont.

“This roll-back in clean car standards will cost Vermonters more money at the pump and drastically impact one of our most important means of reducing greenhouse gases,” said Jennifer Wallace-Brodeur, VEIC’s Director of Transportation Efficiency. “We look forward to supporting our state partners as we work together to ensure our continued progress toward more affordable, efficient, and clean transportation.”

Find more information at a Vermont-specific level, see this fact sheet put together by the Union of Concerned Scientists here or https://www.ucsusa.org/sites/default/files/images/reports/vehicles/cv-factsheet-mpg-benefits-vermont.pdf.