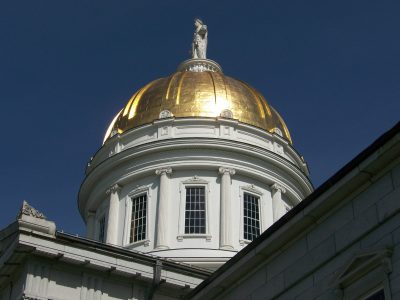 Originally published by The Times Argus

The gulf between words and action on the part of the Scott administration is a growing concern among those focused on environmental issues.

One of the issues subject to the policy of delay is the cleanup of Lake Champlain, and now the problem for Gov. Phil Scott has gotten worse. He was hoping that a power transmission project that would have brought a power line down from Canada, under the waters of Lake Champlain and across Vermont, would become a major source of money for the lake cleanup. Transmission Developers Inc. had promised to provide $ 6.5 million annually, to be used for the lake cleanup, and Scott’s unwillingness to pinpoint another long-term source of funding was owing in part to his hope that TDI would come through.

But last week Hydro- Quebec won a huge contract to build a power line across New Hampshire and down to Massachusetts, all but foreclosing the TDI project. The Scott administration still held out hope that TDI might find a way to pursue its project, but the decision by Massachusetts to go with the Northern Pass project in New Hampshire may well have doomed TDI’s plans and its payments to Vermont.

Lack of urgency on the lake cleanup on the part of the Scott administration has rankled Democrats who believe that the Agency of Agriculture has been slow to enforce the kinds of changes needed to end the f low of nutrients into the state’s rivers and lakes. The refusal of Scott to identify a long-term funding source for the cleanup has heightened their worries. With TDI’s money now off the table, the pressure will build on Scott to find another source of money. Sen. Chris Bray, a Democrat from Addison County, has proposed a per-parcel fee on property, but one assumes a fee of that sort would violate Scott’s pledge to oppose any new tax or fee.

Scott’s unwillingness to consider any form of carbon tax is also fueling frustration among environmentalists, including members of Scott’s own climate commission. Scott has pledged that Vermont will be among those states that have promised to adhere to the demands of the Paris Climate Accord despite the Trump administration’s rejection of the accord. But one of the important methods of curbing carbon emissions, a carbon tax, is still a nonstarter for Scott, even if revenues from a tax on fossil fuels are used for a positive purpose, such as reducing electric bills. Lower electric bills would, in turn, encourage the switch to electricity as a fuel for home heating and transportation, which would be advantageous to the climate because a high percentage of Vermont’s electric power is from sustainable, non-fossil fuel sources.

Vermonters have been pleased that Scott is not the sort of Republican who has fallen into lockstep behind the reactionary policies of the Republican president. Scott’s disdain for President Donald Trump is undisguised and well known. Scott understands that climate change — and the lake cleanup, for that matter — are crucial, pressing issues for the state.

There comes a time, however, when policy timidity and rigid fiscal constraints may have the same effect as reactionary authoritarianism. Scott has declared that he will not allow the state budget to increase faster than the rate at which wages in the state are increasing. And yet one of the problems he is trying address is stagnant wages, which means he is allowing the stagnation of the state’s economy to create policy stagnation.

In fact, wages have not been stagnant in some sectors of the economy. Uppertier earners have seen their earnings increase rapidly, and the Trump tax cut has ladled out an extra helping of dessert for them. If the state were able to tap into the segment of the economy where growth has been healthy, then maybe it could find the revenues needed to take up essential tasks.

A carbon tax would have to be widely shared in the population to have the proper effect of discouraging consumption. But getting out of the fiscal straitjacket into which Scott has eagerly placed himself might be a good step toward positive change.