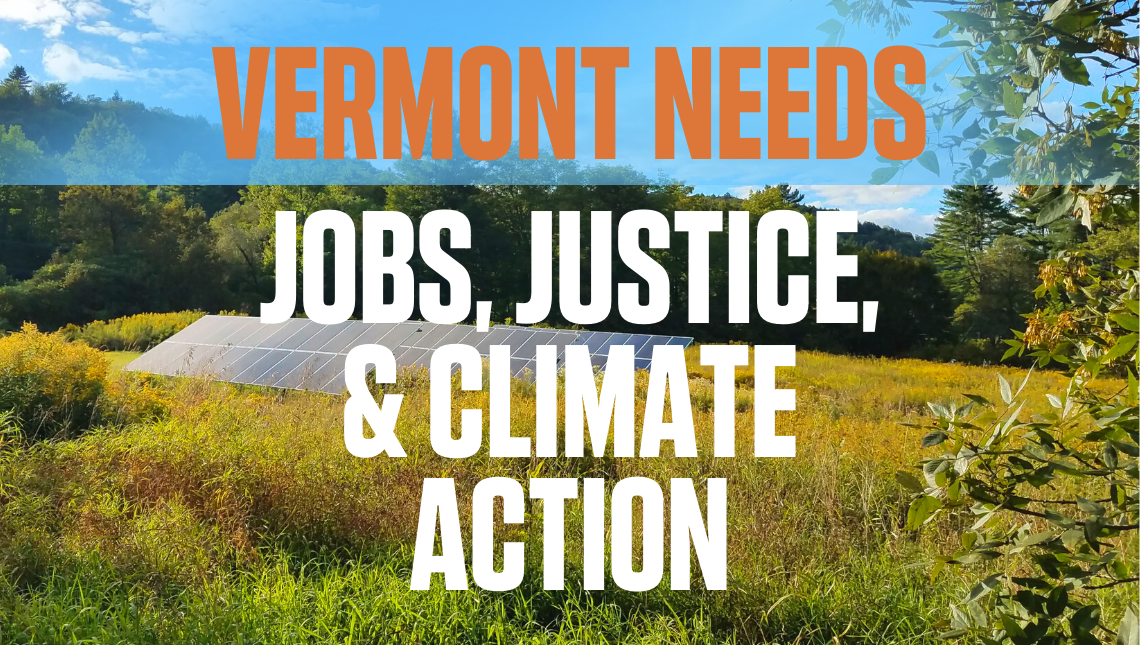 You may be aware that Congress is currently deliberating a jobs and infrastructure package in Washington. The legislation is in danger of being pushed through in a stripped-down form that fails to make critical investments in clean energy and green infrastructure.

We have a once-in-a-generation opportunity to pass the most important climate legislation in American history, and we can’t afford to blow it!

We’re calling on our allies and supporters in Vermont to reach out to our Congressional delegation TODAY to make clear that there can be no deal on infrastructure that doesn’t include climate investments!

LEND YOUR VOICE AND SEND A MESSAGE TO CONGRESS TODAY.

Climate action will live or die based on whether our grassroots movement stands up and demands it. Our delegation is fighting for climate investments, and we need to show them we have their back.

Tell your elected officials that an infrastructure package MUST include investments tackling climate change.