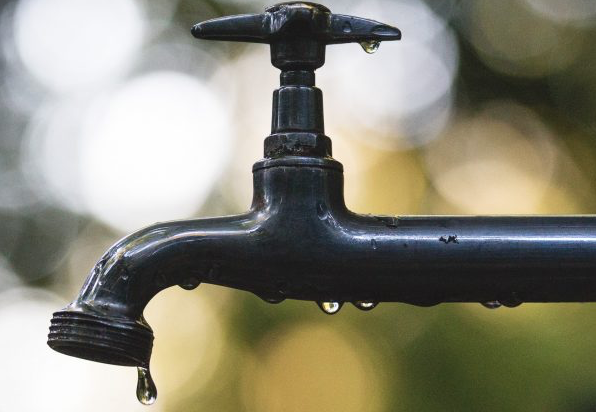 The discovery of contamination of private drinking water supplies with the toxic chemical PFOA in Bennington is not only a wake-up call for Vermont but, unfortunately, is a symptom of a growing global crisis that poses a serious threat to human health and the quality of our air, water and soil.

There are an estimated 144,000 man-made chemicals in existence and, according to the U.S. Department of Health, approximately 2,000 new chemicals are created each year — most of which are not fully tested for potential human health effects. Many of these chemicals are used in common industrial processes and end up in products in our homes and in the environment.

Despite past efforts to address the public health threats posed by toxic chemicals — including the Toxic Substances Control Act passed in 1976 — only a handful of chemicals have ever been banned in the United States.

Congress updated the act in 2016 to address its ineffectiveness in regulating toxic chemicals. The 2016 changes included minor improvements to the act, but the updates were widely criticized as being inadequate to address the mounting problem of toxic contamination. And, with the appointment of Scott Pruitt, who has a record of opposing even modest improvements to the Toxic Substances Control Act, to head the U.S. Environmental Protection Agency, there is significant concern about how the federal government will implement and enforce laws related to toxic chemicals.

More than any time in the past 50 years, it will be up to the states to safeguard their citizens from various forms of pollution, including the contamination of our drinking water supplies from toxic chemicals. The Vermont Legislature took small but important steps in this direction in 2016 by passing Act 154. This law established a working group made up of businesses, state agencies, environmental groups, public health advocates and academics, charged with identifying gaps in existing laws that make Vermonters and our environment vulnerable to contamination by toxic substances.

The group, which met throughout the summer and fall, issued a report in January about how to close the gaps in chemical regulations that threaten public health. That report includes recommendations made by a majority of participants that the Legislature pursue legislation to close gaps in five key areas:

— First, the group recommended requiring better reporting of the use of toxic chemicals to state agencies. This involves addressing emerging substances of concern, like PFOA, and filling in gaps in Vermont’s laws protecting children from toxics.

— Second, the group suggested improving Vermont’s community “right-to-know” laws to inform Vermonters about the toxic chemicals being used in their communities. This would involve streamlining the way multiple agencies manage and make available information about toxic chemicals online, to enable people to evaluate the risk of contamination to resources like water supplies. It should also involve creating a revenue source to allow Vermonters at the highest risk of toxic contamination to test private water supplies — and require the testing of private water supplies when property is transferred.

— Third, the working group called for improvements to Vermont’s toxic use reduction laws to require that meaningful steps be taken to replace the use of toxics with less harmful substances. The current TUR program is ineffective. Under the proposal, businesses and other entities that use certain toxic substances would be required to work with a certified planner to seek replacements for these harmful chemicals. This recommendation is modeled on a Massachusetts program that has been very successful.

— Fourth, the group recommended strengthening legal remedies available to citizens to protect themselves from the potential release of toxic substances. These tools would allow Vermonters to hold polluters responsible in the event of a chemical release. This includes creating “strict liability” for any person who releases a toxic or hazardous substance, and allowing people to sue for the cost of medical monitoring for harm caused by exposure to a toxic chemical. It would also allow Vermonters to bring a suit against a violator of Vermont’s toxic and hazardous substance laws should the government fail to do so. This is known as a citizen suit and has been used effectively in other states and at the federal level for years.

— Fifth, certain products that contain toxic PFOA and closely related chemicals, including dental floss, should be banned from being sold in Vermont.

The PFOA water contamination is an environmental and human health crisis. The people of North Bennington and several other Vermont communities are experiencing this crisis firsthand.

Vermont must step up to do all we can to give Vermonters better tools to protect themselves, and to prevent future crises by getting a better handle on where and how toxic chemicals are being used in the state. Our lawmakers should not waste any time in putting these commonsense recommendations into law.