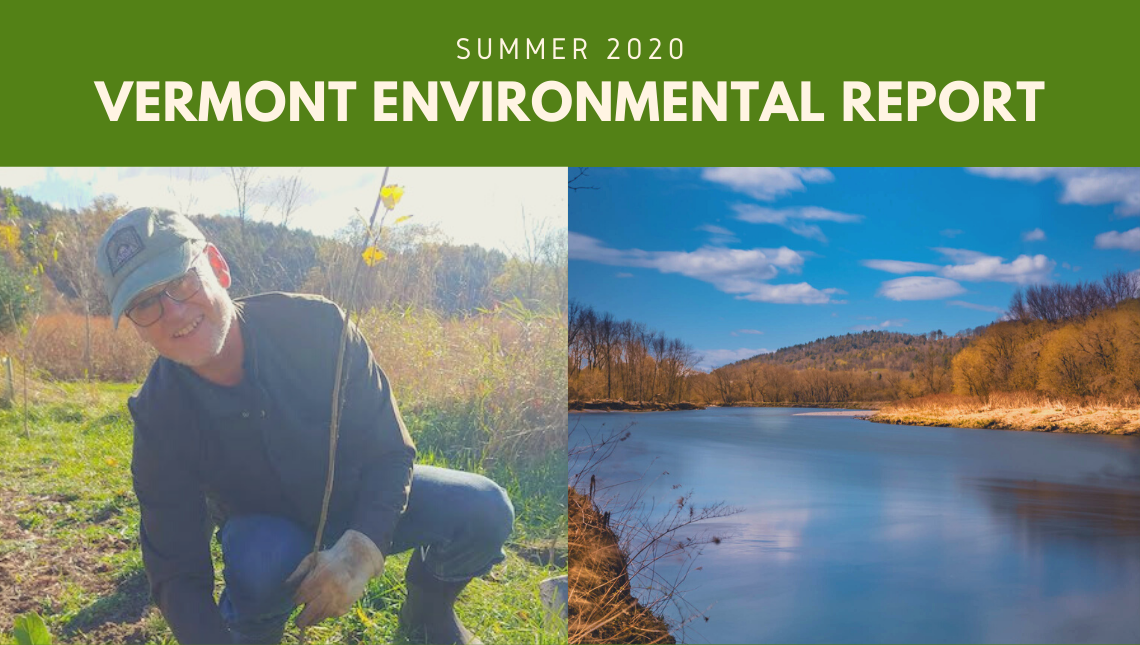 Curt Lindberg is a founder of the Vermont Alliance for Half-Earth. He brings to his passion for biodiversity an extensive background in complexity science and healthcare improvement.

For many, being able to get outside — in the garden, for a hike or a paddle, or sitting around a campfire with friends — has made the past months of social distancing far more bearable than they would have been without the access to nature that we enjoy here in Vermont. However, having the good fortune to live in close proximity to open spaces, large tracts of forestland, and clean, swimmable lakes and rivers feels tenuous as the global phenomenon of forest and habitat fragmentation occurs at a significant pace.

The ongoing loss of natural areas and degradation of surface waters is a global crisis. In a study prepared for the Center for American Progress, it was estimated that between 2001 and 2017, the United States lost an area equivalent to a football field (slightly more than an acre) of natural area to development every thirty seconds. In other parts of the world, the trend is worse. For example, deforestation in the Amazon Rainforest is occurring at a rate of one and a half acres per second.

Depleting our natural areas threatens the very existence of as many as one million animal species. It will exacerbate global warming, and increases the likelihood of experiencing additional pandemic diseases, such as the current coronavirus.

Fortunately, there is a movement at the federal level to address that trend, and a group of Vermont educators, conservationists, business leaders, and public officials, co-founded by Curt Lindberg, is working on a similar effort in the Green Mountain State. The Vermont Alliance for Half-Earth draws inspiration from the global Half-Earth Project, founded by famed naturalist
E.O. Wilson, whom Lindberg knows personally.

The Vermont Alliance for Half-Earth is initially focused on the Winooski watershed, which covers much of Central Vermont and surrounding areas. The group’s goal is to raise public awareness around the global biodiversity crisis to promote both individual action and public policy, ranging from re-wilding a portion of your backyard to promoting more forest conservation.

Lindberg hopes this regional approach to an Earth-wide effort can serve as a template for other parts of the state, country, or the world. “On the global level, it’s Half-Earth,” Lindberg says. “In Vermont we can talk about half-yard, halftown, half-valley, half-state.” In 2019 the Alliance organized a “bioblitz,” an event focused on finding and identifying as many species as possible in a specific area over a short period of time, in collaboration with North Branch Nature Center and the Vermont Center for Ecostudies. The activity introduced students from 10 schools to the role of biodiversity in healthy ecosystems and engaged them on how their school grounds could better support Vermont species.

The success of that event sparked the three partners to hold a backyard bioblitz this spring that helped families stave off cabin fever during quarantine by observing living things in their backyards or on nearby public lands. Even with no element of public gathering, the endeavor generated 10,300 observations, logging sightings of more than 1,300 species of plants and animals across the state, which participants submitted digitally.

The Vermont Center for Ecostudies is now working on mapping those results. In partnership with the University of Vermont’s Field Naturalist Program, the Alliance recently researched and e-published a collection of stories by Eric Hagen that showcases what Vermonters are already doing to enhance biodiversity in their yards, farms and forests. Find the stories at https://arcg.is/uaymH.

The Vermont Alliance for Half-Earth is part of a larger, and growing, national effort. Last fall, U.S. Senators Tom Udall and Michael Bennet, together with several co-sponsors, introduced a resolution calling on Congress to move toward the conservation of 30% of the nation’s land and water by 2030, an initiative they named 30×30. The Udall-Bennet resolution calls on the federal agencies to work with “local communities, Indian Tribes, States, and private landowners to conserve natural places and resources under their control,” with an emphasis on addressing climate change and preventing species extinction. This is a critical step toward achieving Wilson’s Half-Earth vision.

“In the short term, it is difficult to envision the most anti-environment administration and U.S. Senate in 120 years to take action on the 30×30 effort, despite the urgent need. There is, however, a reason for optimism,” says VNRC’s Executive Director Brian Shupe, who is also supporting the Vermont Alliance for Half-Earth.

In a bipartisan vote this summer, Congress passed the Great American Outdoors Act, which allocates funds to improve infrastructure in our national parks and authorizes permanent funding for the Land and Water Conservation Fund (LWCF). The President signed this bill into law on August 4. Securing funding for LWCF, the nation’s primary land conservation program, has been an elusive goal since it was created in 1964.

Meanwhile, the power of hyper-local actions to address a great global need has resonated deeply with Lindberg during the pandemic. In particular, he watched with admiration as the Washington Northern Orange County Regional Response Command Center (WNOC-RRCC), a mutual aid network in Central Vermont, came together seemingly overnight to protect vulnerable populations. (VNRC lent one of our employees, Ian Hitchcock, to work on this operation during the initial height of the coronavirus emergency. The network demobilized in mid May.)

Lindberg hopes that as more Vermonters come to terms with the climate crisis and the threat of catastrophic biodiversity collapse, they will turn to each other with more urgency to rally around land conservation and species protection as well. And when that happens, the Vermont Alliance for Half-Earth will be there to help.