Home » People, Places, and Transportation » The Dark Side of Electric Vehicles 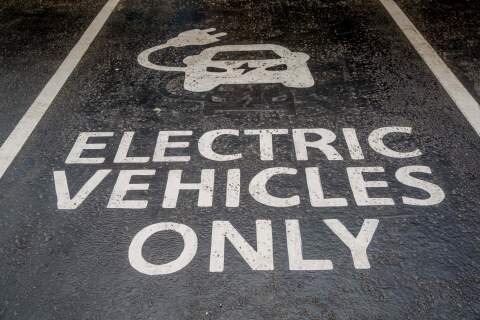 Two teenagers wearing fast food uniforms stood in the aisle of a light rail car in Portland, Oregon.  I listened in on their highly informed conversation on the topic of public transportation.

“You can get to work and back for a buck,” said one.

It went on like that for a while. As a growth management, transportation, and land use junkie, I wished I had filmed the whole interaction.

Public transit is a ladder out of poverty. It allows a family to invest in a home that is likely to appreciate rather than a car that will become a money pit over time. It allows a teenager to save cash for partying, or maybe even going to college. It saves energy, by getting cars off the roads, and by attracting people to live near transit stations where they might not need a car at all, and where their lifestyle requires less household energy.

That’s the first problem with electric vehicles (EVs). They make a lot of sense individually, because their operating costs are lower and they emit less carbon pollution. On the other hand, if everyone has one, and relies on it every day, we’re stuck with the same old problems.

Thus, curiously, when we subsidize EV purchases and charging facilities, we fertilize the demand for public investment in single-occupancy vehicle infrastructure, and we encourage growth in vehicle miles traveled (VMT). Filling potholes is not too expensive. Widening roads is more expensive. New roads are very expensive. Bridge reconstruction is terribly expensive. Put those highway projects all together and it’s hard for public transit and bike trails to compete for scarce public dollars.

Even worse, if Vermonters truly want to reduce transportation sector emissions and reduce sprawl, we need funding to implement transportation system changes that affect land use patterns. For example, we can attract people to live near fixed, efficient transit like the train those two Portland teenagers embraced so enthusiastically. We can invest in public open space and affordable housing, not just transportation alternatives such as transit and bike trails. It’s not all about mobility. It’s also about creating great, compact, affordable places to live and work so that fewer people need to commute by car.

When I started thinking about writing this blog post, I asked a lot of people about the “dark side” of EV’s. They all were confused. How could there be a dark side to EV’s? Don’t we all want to reduce carbon emissions, and isn’t the transportation sector one of the biggest sources of carbon? After a moment, people started guessing. With a quizzical look, most asked, “Batteries?”

Well, yes, the batteries are an issue because of the metals and chemicals involved and its unclear what will happen in the manufacturing, use, and disposal of batteries and their chemical constituents. But the competition for transportation dollars is much bigger. Last November, California released a report analyzing the impacts of the state’s aggressive carbon reduction programs. They found that VMT had actually increased alongside the state’s generous EV subsidies. Also, in the areas the study areas, the percentage of highway-based spending remained unchanged.

Much transportation funding now comes from a tax on gasoline. Since EV owners don’t pump much gas, widespread use of EVs will reduce that revenue. How will we implement measures to counterbalance the sprawl effect of EV’s without the ability to make alternative transportation investments? (Hint, check out the transportation sector cap and trade paragraphs below…)  It will be hard to replace those equitably sourced gas tax revenues in a way that doesn’t punish general taxpayers and electricity users. And the cycle of never having enough money for roads will continue and probably intensify.

Sprawl induces higher overall household energy demand. Larger homes and garages and bigger lots require more space heating, more lawn mowing and energy-grabbing snowplowing, more and longer trips to get kids to school and little league and ballet, more road traffic by the Postal Service, UPS, and FedEx (despite their growing emphasis on lower-emission delivery vehicles).  And in sprawl areas, people don’t walk and bike as much during their daily routines, which adds a cost to public health.

Unlike Oregon, where urban growth boundaries protect rural land from sprawl, Vermont lacks strong, enforceable land use planning and zoning. The decision to subsidize single-occupancy vehicles, even if they are EV’s, is a decision to undermine bigger, long-term goals related to land use and transportation. We can’t spend almost all of our transportation dollars on roads and bridges, then spend them again on transit, trails, affordable housing, and open space.

Before adopting big EV subsidy plans, it would make sense for Vermont legislators to build a transportation and land use package that requires land use planning and ag land conservation tied to specific standards and data, like the approach used so successfully in Oregon and a few other states.

Last, going big on EV subsidies absolutely requires a commitment to pricing and capping carbon emissions. At the foundation of any effort to reduce transportation-sector greenhouse gases lies the challenge of “putting a price on carbon emissions” Emissions caps, which limit the total amount of carbon that can be emitted, are necessary. They force  reductions that a tax or “carbon price” can’t achieve alone. And auctioning permits under the caps produces revenue for needed transportation alternatives.

EV subsidies are a weak, inadequate substitute for needed transportation sector emissions limits. They may even become an excuse not to create them. Imagine a legislator’s response: “Why do we need carbon pricing and caps in transportation? We are already generously subsidizing EVs!”

Vermont could benefit from the regional cap and trade policy adopted by West Coast states (with some others such as Quebec, right next door to Vermont). It is not a carbon tax.  It is a user fee for the limited and lessening opportunity to pollute our shared air. Unlike a tax, it puts clear limits on permissible carbon emissions and reduces those caps over time.   Cap and trade creates revenue (by auctioning or selling limited pollution allowances) that can be used to invest in new affordable housing, bike and walking trails, useful transit, parks, and multi-use transportation hubs.  We can’t reduce transportation-sector emissions, or invest in better housing, jobs, and transit/walking/biking alternatives, without user-fees on the carbon pollution from transportation.

Vermont is already implementing regional cap-and-trade in the electric sector, working with other New England states through the tested and successful Regional Greenhouse Gas Initiative. Senator Leahy’s legislation creating a cap and trade program to stop acid rain 30 years ago has proven remarkably successful, at a much lower cost than originally projected. It is really exciting that today Governor Scott is interested in the nascent regional effort to reduce transportation sector carbon emissions, building on the success of cap and trade in reducing electric sector emissions.

EV subsidies don’t have to have a dark side. We can counterbalance their negative effects with a set of measures that decrease our dependence on cars:  land use policies that prevent sprawl and support denser, transit-friendly communities, a commitment to allowing more non-road spending in our transportation budgets, and a cap-and-trade program for transportation emissions,  Vermont teenagers will grow up saving money (maybe some for college, and some for partying) and being safer getting to work, and home after school. We’ll build a more diversified transportation system while creating livable, walkable communities served by transit.

It all starts with our Legislature and Governor.  May the #@!&%$ force be with them.

After a stint as director of the Vermont Natural Resources Council, Ned Farquhar was deputy assistant secretary (energy and minerals) in President Obama’s Interior Department and a senior policy advisor (energy and environment) to New Mexico Governor Bill Richardson. He lives in Waitsfield. This entry originally appeared here.