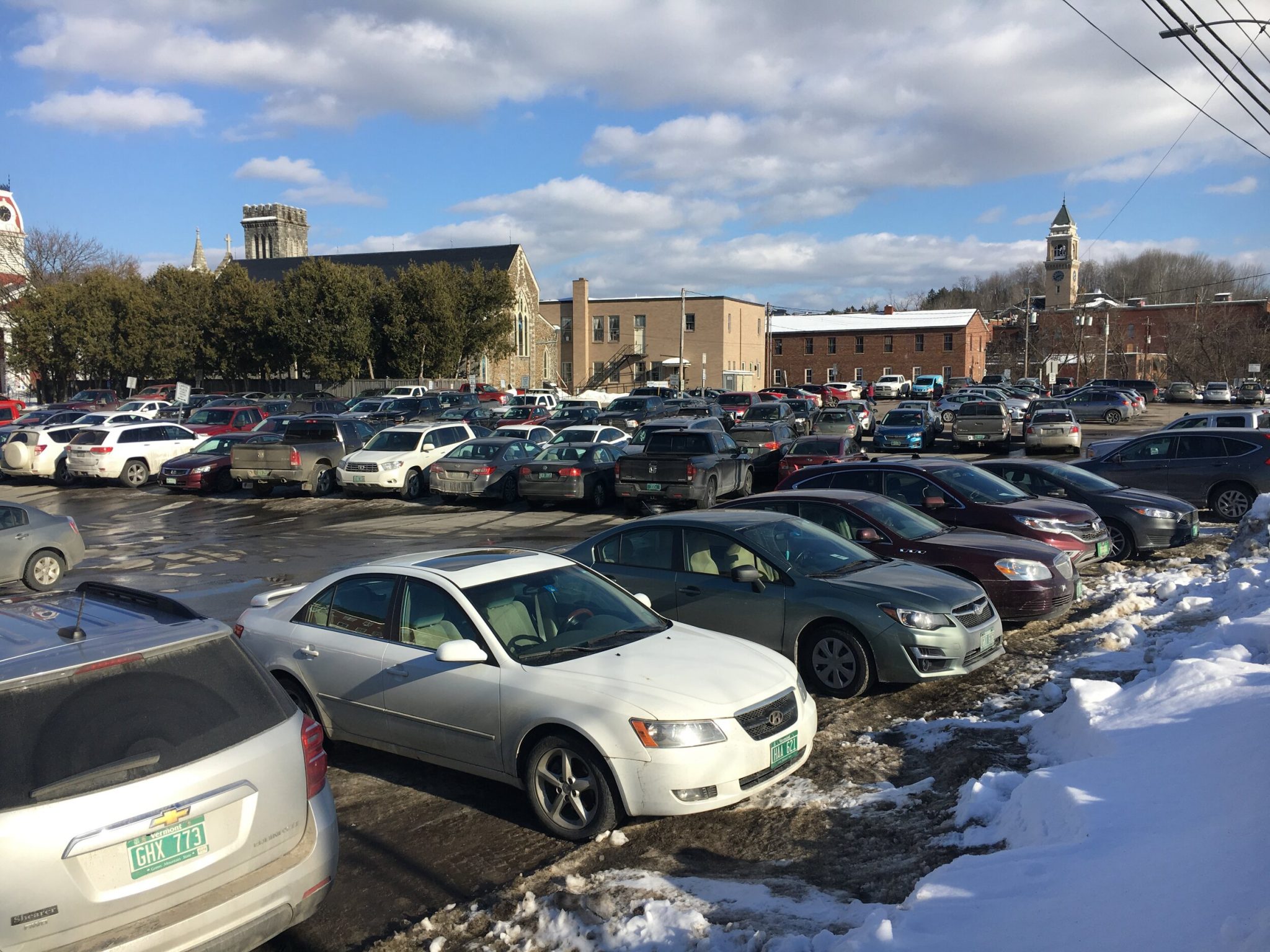 No one likes parking lots. They’re ugly and expensive. They enable driving alone and cause pollution. Yet a large portion of urban land across the country has been dedicated to the storage of cars. Despite the cost and the many negative side effects, the paving over of our communities was no accident. In fact, in most places, it’s the law.

The zoning regulations adopted by most American cities require the construction of a minimum number of parking spaces for each new development. These numbers differ by city and land use (e.g. residential, commercial, retail, etc.), but by many measures, they are high and are driving automobile dependence at the expense of our wallets, our environment, and the vibrancy of our communities.

Minimum parking requirements make housing more expensive. Depending on the price of land, one parking space can cost between $3,000 (surface lot) and $50,000 (underground garage) to build. This adds 15%-20% to the cost of construction, which developers pass along to tenants in the form of higher rents. Tenants who don’t own cars are forced to pay the higher rent, effectively subsidizing their neighbors’ car use. By one estimate, Americans spend $374 billion on off-street parking subsides a year. This number doesn’t include the high costs to maintain roads and infrastructure that is incurred by greater car use and shouldered by taxpayers.

Parking lots are larger than they need to be, because zoning regulations demand it. For example, for each bowling lane in a bowling ally, Burlington requires 3 spaces. Anyone building a laundromat must include one parking space per washing machine. These spaces often sit empty.

Excessive asphalt poses an environmental threat. It absorbs sunlight, contributing to the urban heat island effect, which increases temperatures in cities 1°-5° F above surrounding rural areas, with temperature differences at night as great as 22°F. The impervious surfaces of parking lots increase storm water run-off which pollutes our streams, lakes, and rivers. And an overabundance of parking enables and encourages people to drive rather than walk, bike or take a bus. Trips taken in a single occupancy vehicle produce more carbon emissions and air pollution.

Minimum parking requirements make cities less dense. If developers are forced to build a large parking lot beside every new building, it’s impossible for communities to grow up rather than out. It also makes them less walkable. People like to walk alongside active building fronts, not across parking lots. Every expanse of asphalt discourages pedestrian activity and limits the amount of useful activities—housing, retail, jobs and outdoor recreation—that might occur in that space. Parking kills density and all the other good things that are enabled by it, like transit.

The City of Burlington is considering a proposal to eliminate minimum parking requirements within downtown and along bus routes. Some City Councilors are pushing further. They have proposed adding maximum parking requirements in those same areas and including Transportation Demand Management (TDM) requirements in the policy change. In that case, developers would be asked to manage the demand for parking by implementing measures that reduce single occupancy vehicle use such as offering car share memberships at a discount for residents, or providing free bus passes.

A coalition of planners, community organizers, affordable housing advocates, and climate activists are questioning the need for these outdated and harmful regulations. They need the support of everyday people to successfully eliminate them from zoning law.

At the time of writing, Josh Katz, an Environmental Studies major at UVM, was a fall 2019 intern at STVT. He is a captain of the Men’s Ultimate Frisbee team, and with his passion for creating more sustainable cities, hopes to pursue a career in Urban Planning. The original post can be found here.