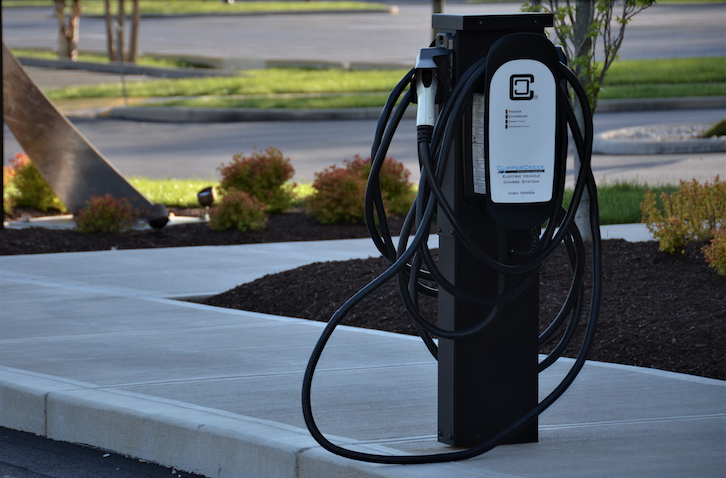 The 2022 Vermont legislative session closed with significant investments in sustainable transportation that will help expand Vermonters’ options for moving around, keep more dollars in our pockets, and reduce our greenhouse gas emissions. Funding for electric vehicles (EV) incentives and charging infrastructure in particular saw major wins.

Stay tuned for Part 2 of our 2022 Legislative Walk-Through, where we’ll talk about policy wins for active and shared mobility!

Leading into the final year of the 2021-2022 Vermont Legislative Biennium, transportation and environmental advocates had high hopes for achieving Vermont’s carbon reduction requirements while simultaneously helping Vermonters recover from the pandemic-related fiscal crisis. With an influx of federal relief funds through the American Recovery Plan Act (ARPA), the Infrastructure Investment and Jobs Act (IIJA), and the promises of Build Back Better, we all had ambitious goals for the transportation sector.

But, mind you, we knew from our history that it was not a slam dunk and that we needed to keep legislators and the Governor’s feet to the fire. Just four years ago, when Vermont was poised to obtain millions of dollars from the Volkswagen Fraud Settlement, Governor Scott instructed the Department of Environmental Conservation to invest in dirty diesel. Even so, many Vermont Legislators balked at the idea of dedicating three million dollars for EV incentives.

Given that we’ve been down this road before, we weren’t resting on our laurels. This time was different — we were outfitted with the Vermont Climate Action Plan (CAP). The CAP was a requirement of the 2020 Global Warming Solutions Act (which the legislature successfully passed after being vetoed by Governor Scott). Released last December, the CAP declared sustainable transportation policies were needed to meet Vermont’s carbon reduction requirements.

In conjunction with the CAP, members of the House Committee on Transportation and climate champions Representatives Rebecca White, Gabrielle Stebbins, Curt McCormack, Mollie Burke, and Jon Bartholomew led the charge with the introduction of the Transportation Innovation Act (TIA), H.522. The bill called for a suite of policies and appropriations to rapidly transform transportation choices. For vehicle electrification, the bill called for Vermont to appropriate sufficient funds to meet our carbon reduction targets this year.

Governor Scott’s recommended budget proposed similar dollar amounts for vehicle electrification programs; however, his budget utilized ARPA funds to be slated for successive years. Fortunately, after months of tenacious advocacy, legislative leaders agreed to a package of nearly $40 million in EV incentives and deployment of EV-charging infrastructure mostly through the Vermont General Fund. Most of these dollars are targeted to directly help low and moderate-income Vermonters electrify.

We are pleased to see the progress made on the transportation front and appreciative that our legislative allies ensured that Vermont is now prioritizing investments in vehicle electrification programs, instead of dirty diesel as the Governor wanted to do four years ago. Now let’s hope the Scott Administration follows through and commits to spending these dollars now, rather than later as he proposed.

While many of us are excited that the Vermont Legislature has seriously taken up the need for investments in vehicle electrification, Vermont needs to see more progress in making roads safer for bicycles and pedestrians, expanding transit options, and exploring alternative funding mechanisms that incentivize clean transportation choices. Unfortunately, there are some legislators who see bicycles as impediments to car travel, and that supporting transit is supporting “freeloaders”.

In a climate-friendly and equitable state, the old paradigm of internal combustion engines and personalized vehicles is not compatible. We need environmental advocates, health professionals, the elderly, and mobility advocates to join together to break that paradigm; the Sierra Club is a proud member of Transportation for Vermonters (T4VT), a diverse coalition working to do just that. Together, we can make Vermont’s roads and communities accessible with clean transportation choices by making the $600M+ transportation budget consistent with the state’s climate and equity goals.

Below are the highlights of the progress we have made in Vermont this year.

I. Transportation Bill H.736 and the Appropriations Bill H.730

(B) MileageSmart.  The legislature authorized up to $3,000,000 for purchase incentives under MileageSmart, which is the State’s used high-fuel-efficiency vehicle incentive program. They also capped administrative costs.

(C) Replace Your Ride.  The legislature authorized $3,000,000 for incentives under Replace Your Ride, which will be the State’s program to incentivize Vermonters to remove older low-efficiency vehicles from operation and switch to modes of transportation that produce fewer greenhouse gas emissions and, again, with capped administrative costs. This program was originally created in the 2021 Transportation Bill and is expected to be launched in the coming months.

(D) eBike Incentives. The legislature authorized $50,000 for incentives under a continuation of the eBike incentives, which will be the State’s programs for providing incentives for purchasing electric bicycles, again with capped administrative costs. This program was originally created in the 2021 Transportation Bill and is expected to be launched in the coming months.

(E) Drive Electric Vermont (DEV).  The legislature authorized up to $2,000,000 to expand Vermont’s public-private partnership with DEV to support the expansion of the PEV market. DEV is the lead resource for vehicle electrification expertise and marketing in Vermont.

Electric vehicle supply equipment (EVSE). In furtherance of the State’s goal to increase the presence of EVSE in Vermont:

(A) The legislature authorized up to $6,250,000 to install level 3 EVSE along with the State highway network and to cover capped administrative costs.

C)  The legislature authorized up to $10,000,000 to install EVSE at multi unit dwellings, workplaces, and public venues and attractions, such as parks, State Parks, access areas, downtowns, museums, and ski mountains, and to cover capped administrative costs. As advocates, we were supporting more money for the multi unit dwellings and workplaces to ensure that lower and middle income households could access charging infrastructure at home and work. The Governor had proposed $3 million exclusively for State parks and access areas, however, the Senate lumped those facilities in with this whole program.

D) The legislature extended by three years the July 1, 2022 sunset provision contained in 32 V.S.A. § 604 on State agencies’ and departments’ authority to establish and collect fees from the public use of their electric vehicle supply equipment (EVSE).

Transformation of the State Vehicle Fleet

The Transportation Bill authorized $50,239,278 for public transit uses throughout the State, a 9.6 percent increase over fiscal year 2022 levels. Included in the authorization are:

(A) Go! Vermont. With an authorization of $873,000, Go! Vermont will support transportation demand management (TDM) strategies, including the State’s Trip Planner and commuter services, to promote the use of carpools and vanpools.

(B) Mobility and Transportation Innovation (MTI) Grant Program, with an authorization of $1,500,000, this program will continue to support projects that improve both mobility and access to services for transit-dependent Vermonters, reduce the use of single-occupancy vehicles, and reduce greenhouse gas emissions. At least $1,250,000 of this authorization shall go towards microtransit projects. The Vermont Sierra Club advocated for $10 million for this program because we saw the need to create flexible and innovative transit options, however, the Agency stated there was not enough demand for the program.

See below for the bus electrification plan.

The Transportation Bill Act, in concert with 2020 Transportation Bill provides for a fiscal year expenditure, including local match, of $19,793,776, which will fund 29 bike and pedestrian construction projects and 18 bike and pedestrian design, right-of-way, or design and right-of-way projects for construction in future fiscal years. The construction projects include the creation, improvement, or rehabilitation of walkways, sidewalks, shared-use paths, bike paths, and cycling lanes; funding for the small-scale municipal bicycle and pedestrian grant program for projects selected during the fiscal year; funding for projects funded through the Safe Routes to School program; and funding for education and outreach to K–8 schools to encourage higher levels of walking and bicycling to school.

Bicycle and Pedestrian Planning Integration Program.  The Transportation Bill requires the Agency to establish a program to support the continued development and buildout of bicycle and pedestrian infrastructure.

II. Actions not addressed in the Transportation Bill, but where progress is being made.

The Climate Action Plan (CAP) calls for the Agency of Natural Resources to promulgate rules to follow California’s lead in adopting the Advances Clean Cars II and Advances Clean Truck rules. These rules will require manufacturers to sell more zero-emission vehicles. The Agency of Natural Resources is slated to propose a draft rule by July 1, 2022, and following the notice and comment period the agency is required to adopt the rules by December 1, 2022.

The Vermont Agency of Transportation’s Public Transit Program is putting in place the case studies and metrics necessary to ensure that electric transit vehicles are capable of maintaining the routes and services currently in place and planned for the future. Vermont has a total of 14 electric vehicles planned or in operation in Vermont as of January 1, 2022.  The Agency of Transportation plan specifies that by 2025 at least 10 % of the vehicle fleet will transition to electric; and by 2050 that 80% (should be 100%) of the vehicle fleet will be electric. The Agency of Transportation is committed to applying for ten electric buses through the Low-No-Emissions competitive grants as authorized in the Infrastructure Investment and Jobs Act(IIJA). See the plan here.