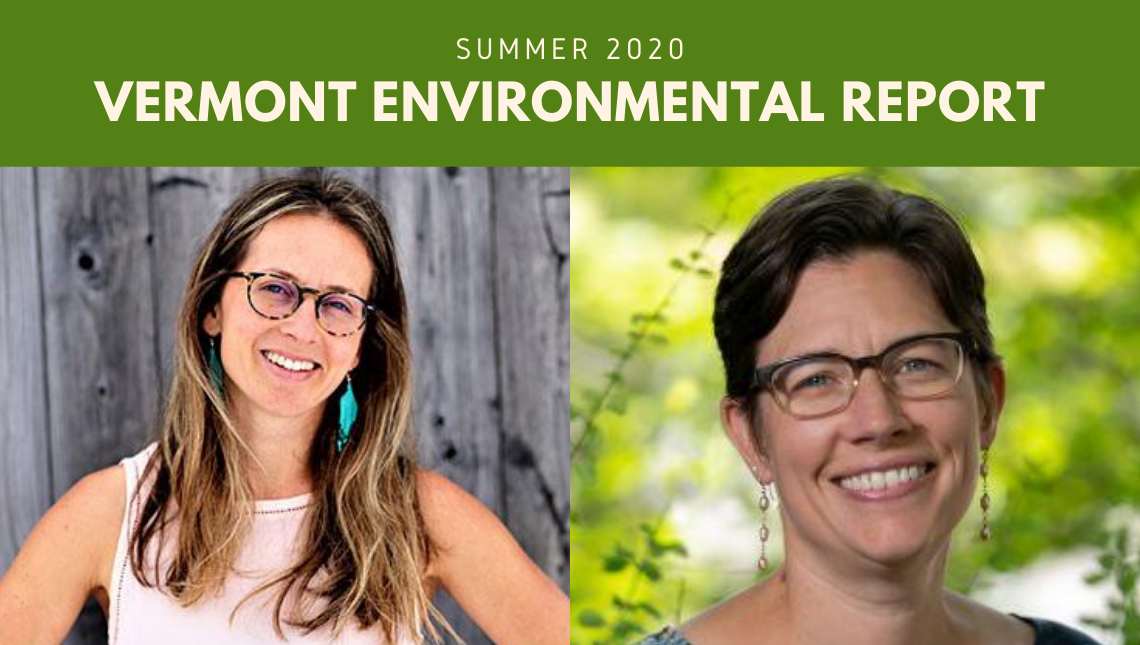 Elena Mihaly is a Senior Attorney working in the Clean Air and Water Program and Community Resilience Program at the Conservation Law Foundation (CLF). Kate McCarthy is Sustainable Communities Program Director at VNRC.

Have you thought much about climate migration, sometimes called “climigration”? The term describes a future influx of “climate migrants” to places like Vermont — which has so far been shielded from hazards like sea level rise, wildfires, and widespread drought — as climate impacts begin to make other parts of the country uninhabitable.

The Green Mountain State is desirable for many reasons. It is close to major cities and the East Coast, with relatively inexpensive land. It has abundant surface and groundwater, and mountains, lakes, and rivers are easily accessible. Vermont’s slow population density offers newcomers, many from cities or suburbs, ample outdoor space and the potential to grow their own food, or access fresh food from local farms.

Elena Mihaly, a Senior Attorney working in the Conservation Law Foundation’s Clean Air and Water Program and Community Resilience Program, has been analyzing trends around climate migration for several years in collaboration with Kate McCarthy, VNRC’s Sustainable Communities Program Director. Together, they led a discussion on climate migration at the Resilient Vermont Conference at Norwich University last summer, urging participants to expect a future population boom as the result of climate disasters elsewhere in the country, and gathering the group’s perspectives on how to manage this change.

This spring, Mihaly and McCarthy worked with a group of Antioch University graduate students to compile a literature review of climate migration research and conduct an initial analysis around which types of migrants may come to Vermont and where they may locate. (Results from this work are forthcoming.)

When the COVID-19 pandemic hit, these considerations reached a new level of relevancy. Within weeks of the virus beginning to spread, many people fled from nearby urban areas to their vacation homes in Vermont, where infection rates were lower and it was easier to comply with social distancing measures.

In May, VTDigger reported that realtors were selling homes in Vermont — sight-unseen, and above asking price — to clients from New York, Massachusetts, Connecticut, Florida, and even from out West. The last time something similar occurred was after the September 11 attacks in 2001. This more recent sudden influx due to COVID-19 gives us a preview into how population increases due to climate migration may impact Vermont’s culture, natural resources, and communities — and into the tangible ways we can begin preparing.

For instance, Vermont already has a housing problem, caused in part by supply, somewhat by second homeownership (of which the state has the second highest rate in the nation, after Maine), and in part by the condition of the existing housing stock. Add to this an increase in demand for land from what is expected to be a largely affluent first wave of newcomers, and an existing limited housing stock, and we can imagine an exacerbation of Vermont’s affordable housing crunch for people who already live here.

In addition to building more — and more affordable — housing, Vermont would need to make deliberate investments in infrastructure like sewer and water in villages to comfortably accommodate growing populations. “Vermont has strong policies that promote smart growth, as well as a shared appreciation for our downtowns and villages,” says McCarthy, “but continued and increased investment is really necessary to make sure that these areas have the housing and services, like high-speed internet, to attract newcomers — not to mention to support people who are already live here.”

Vermont would also need to strengthen policies that better manage development outside of town centers. “If we don’t pair smart growth investment with policies for development in our rural areas that preserves our natural resources, the default is going to be rural sprawl that fragments forests and farmland,” McCarthy points out. She explains that people seeking rural refuges in anxious times can put new pressure on struggling Vermont farmers and forest landowners, for whom selling land may be a timely opportunity, though certainly not an easy or painless option. If land costs go up, so too would the pressure to subdivide parcels. All these factors could cause an explosion in sprawl along with new residents, while displacing people and communities built around farms and the forest products industry.

“The rate of homes being bought online by out of staters is a good indication of how eager people are to access land in Vermont and benefit from the state’s natural resources and open space,” says Mihaly. In light of this demand, she says it’s worth thinking through whether disaster in-migration would cause harm or benefit to any particular group of current Vermonters, any particular town or region, or any particular natural resources, which includes determining where developments might occur
and where amenities might be placed.

Mihaly says it’s also worth examining Vermonters’ attitudes towards those who are newly seeking to reside in Vermont, or who are spending more time at their vacation homes. On one hand, some newcomers have been praised for their role in buoying local businesses. But others have not been made to feel welcome. In May, for instance, a Black man reported to local news outlets that he and his young son had been harassed while driving a car with New York State license plates near their vacation home in Hartford. Disturbingly, a white man had told them to leave, saying they were not wanted in Vermont.

“If we benefit from a more diverse population as a result of climate migration, this would provide yet another reason to reckon with racism that is embedded in our culture and systems, though that work really needs to happen as soon as possible, regardless,” says McCarthy. Mihaly says that planning can help alleviate some of these pressures, municipal and cultural. “Work at the town level to get people primed for newness can stave off nativism. If communities take time to sketch out a vision of who they are and how they want to develop — and do that in a truly inclusive way — they can cultivate an openness for welcoming change.”

COVID-19, like Tropical Storm Irene before it, demonstrates that the disparities we see in times of crisis are reflective of the disparities that already existed in times of relative prosperity. Mihaly says that if we work to reduce structural inequities now, by making housing more affordable, improving access to amenities, and demonstrating a commitment to racial justice, then “when newcomers arrive, we’ll have more equitable systems already in place.” Mihaly and McCarthy believe that the actions that could best prepare us for climate migration are things we should be doing anyway, from a climate resiliency perspective, a community development perspective, and an equity perspective. “It’s about making intentional decisions about growth,” says Mihaly.

Vermont now has the opportunity to ready itself for an inevitable change that can either place a major strain on our resources or enhance the state for everyone. “We can handle it, if we plan for it,” says McCarthy.

The Vermonter Poll, a statistically representative statewide poll taken annually by the University of Vermont’s Center for Rural Studies, asks a question every other year that relates to rural sprawl. The question supposes one’s income is high enough to purchase a home and provides two options to choose from: buying a home in a compact area close to public transportation, work, and shopping; or purchasing a larger, single-family home of equivalent value in an outlying area, with longer commutes but more yard space.

Furthermore, the 2020 poll results were logged before the coronavirus took root. “With increased flexibility in working remotely during the pandemic, more people may want rural living, whether they are new to the state or already living in Vermont. But they are not likely to think of it as sprawl, which makes our farm and forest land vulnerable,” says Kate McCarthy, Sustainable Communities Program Director at VNRC.