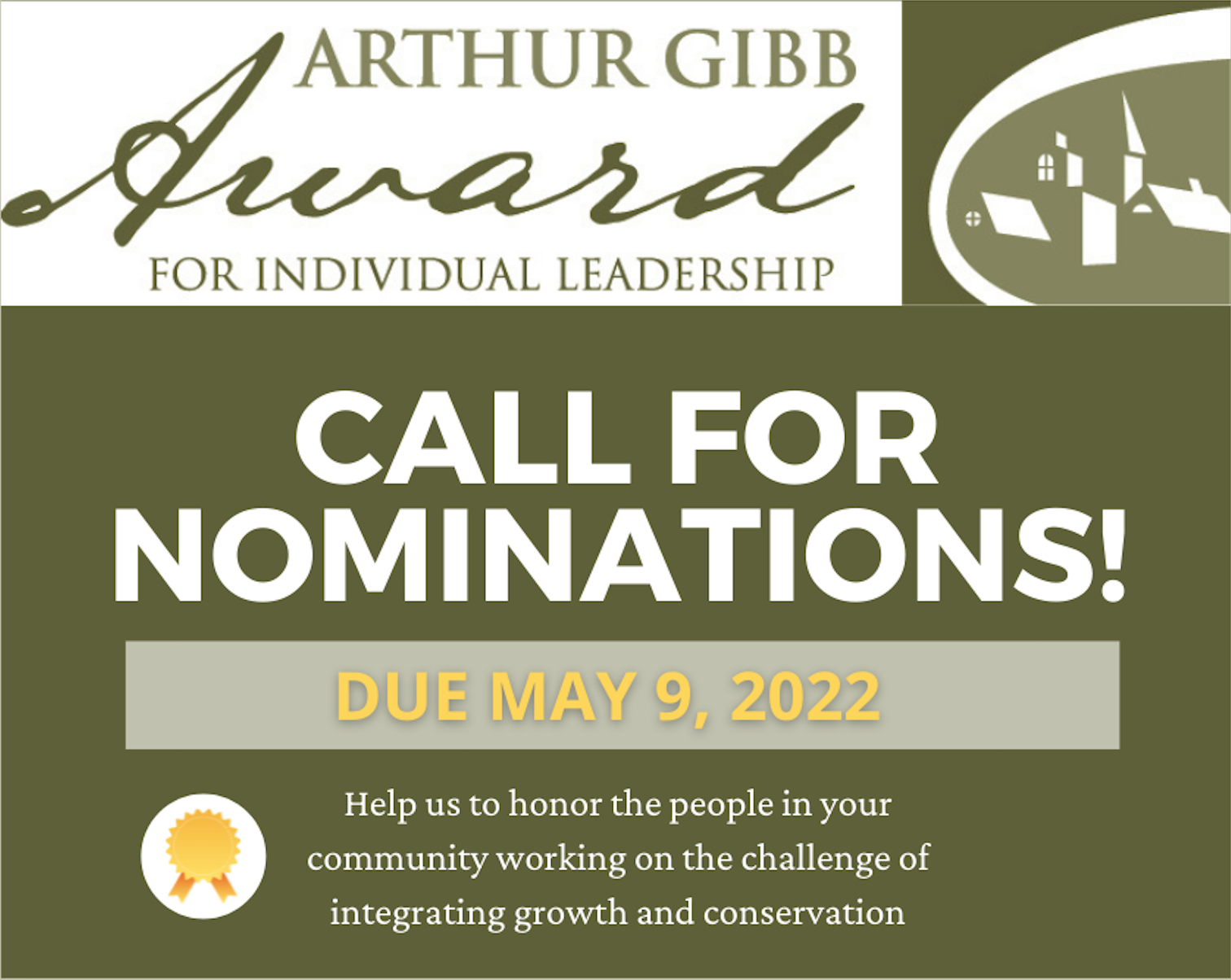 In honor of former Vermont legislator Arthur Gibb, who dedicated much of his life to public service to ensure that Vermont is a better place for future generations, VNRC is accepting nominations for the 2022 Arthur Gibb Award for Individual Leadership.

We seek to honor an individual whose leadership has brought about positive and lasting change in the way that individual’s community integrates growth and conservation.

If you know a land use leader in Vermont who you want to recognize, we encourage you to submit a nomination by May 9, 2022

All nominees will be considered for the award based on qualities exemplified by Arthur Gibb, including their commitment to public service, leadership, vision, humility, creativity, balance and integrity.

Past award winners can be found here and include:

Smart Growth Vermont founded the Arthur Gibb Award in 2006, and merged with VNRC in July 2011. VNRC is committed to continuing the important work of Smart Growth Vermont, including the tradition of celebrating Vermont’s land use leaders.