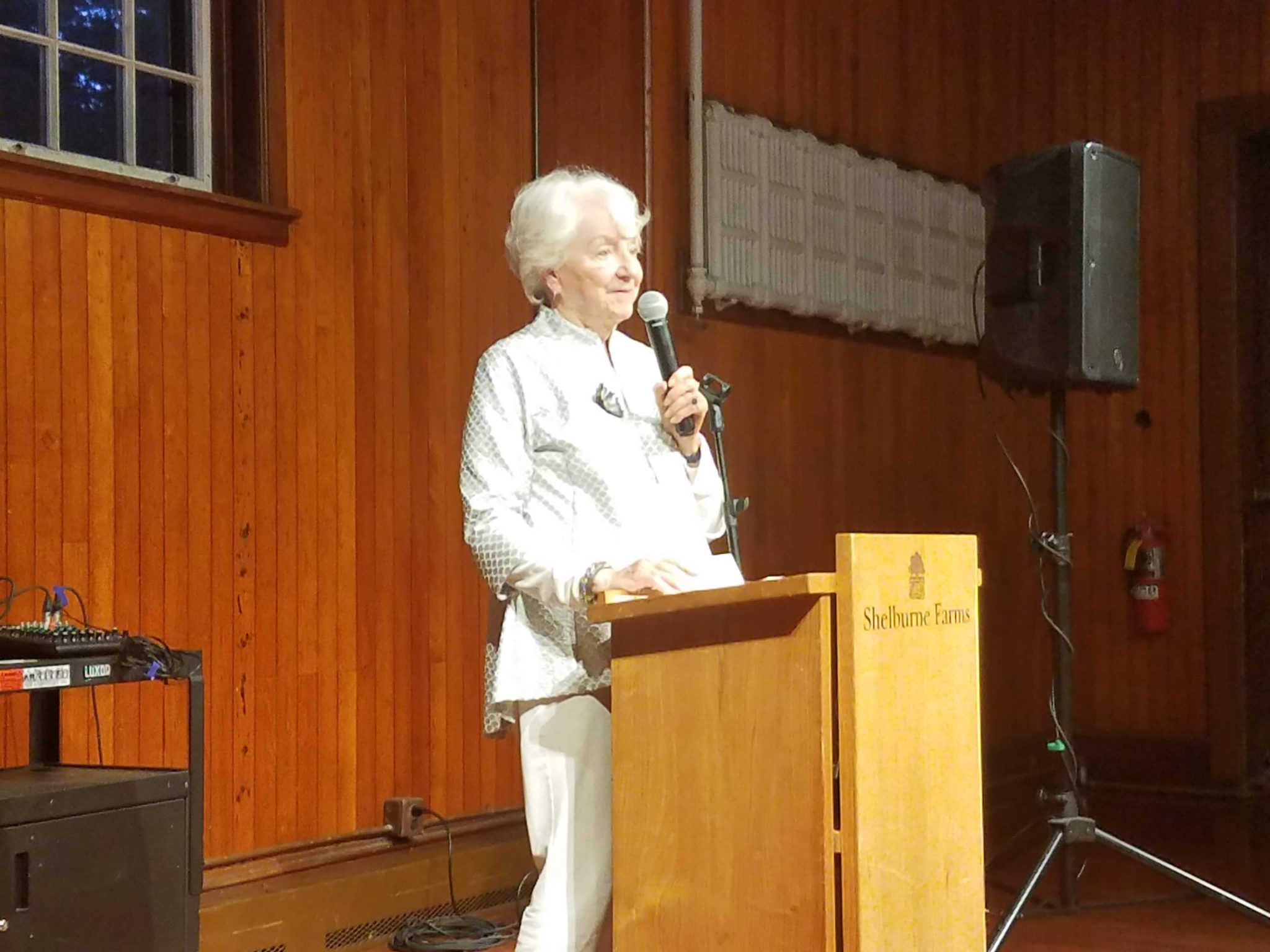 “We can thank Governor Kunin for much of what we enjoy in Vermont today,” said Brian Shupe, Executive Director of VNRC.

Kunin served as Governor of Vermont from 1985-1991, after serving as Vermont Lieutenant Governor from 1979-1983. During her tenure, the Vermont Housing and Conservation Board (VHCB) was created, which promotes smart growth in Vermont, conserves farms and natural areas, and develops affordable housing. Kunin also established the Commission on Vermont’s Future and led Act 200, the effort that modernized land use planning in Vermont.

As founder and board member of the Institute for Sustainable Communities (ISC), a global organization, Kunin is a famed advocate for climate solutions and environmental health. She is also a tireless champion for women in politics. After serving as the first woman governor of Vermont – and the first woman in the U.S. to serve three terms – Kunin launched Emerge Vermont to support Vermont women’s efforts to seek positions of political leadership.

Karen Meyer, the chief nominator of Kunin for this award, spoke of the former Governor’s success in leading critical initiatives of her own, but also in cultivating numerous other environmental leaders in Vermont while in office. These include Mollie Beattie, the first woman to lead the Vermont Department of Forests, Parks & Recreation and then the first woman to lead the U.S. Fish & Wildlife Service; Darby Bradley, who chaired the Environmental Board for Kunin and then led the Vermont Land Trust; and Richard Cowart, who built a legacy in energy efficiency programs in Vermont while on the Public Service Board.

Said Charlie Kireker, founding Board member of the Vermont Forum on Sprawl (later Smart Growth Vermont), who offered a supporting nomination, “Kunin demonstrated the integrity and leadership skills that inspired so many talented people to commit their lives to public and non-profit service.”

Kireker also spoke of Kunin’s background. Starting out in Burlington without wealth or political pedigree, and overcoming failed first bids for both City Council and later for Governor, “she demonstrated both humility and a commitment to public service that are exemplary. As Governor, she showed creativity and vision to champion the wise land use and bold environmental initiatives that were hallmarks of her tenure.”

“Governor Kunin deserves our thanks for many things, but even she will admit that creating a permanent funding source for affordable housing and Vermont’s lands is among her proudest and most enduring achievements,” said Bob Klein of VHCB in his nomination of Kunin. Klein is the former state director at The Nature Conservancy, and received the Arthur Gibb award in 2013.

“I knew Art Gibb, and he knew Madeleine Kunin. I think that Art would have been pleased to know that Governor Kunin might be honored in this way,” added Klein.

VNRC has awarded the Arthur Gibb Award for Individual Leadership since 2011. Established by Smart Growth Vermont in 2006 in honor of the late Arthur “Art” Gibb, who was first elected to the Vermont Legislature in 1962, the award honors a Vermont resident who has made a lasting contribution to his or her community, region or state in advancing smart growth policies. Smart Growth Vermont merged with VNRC in 2011.

Gibb played a major role in passing key environmental and land use legislation, including banning billboards, enacting Vermont’s bottle deposit law, regulating junkyards, and modernizing statutes governing local and regional planning. He was on the commission that laid the groundwork for Act 250 and served twelve years on the Vermont Environmental Board, including one as Chair.

“The Arthur Gibb Award is given to leaders who have demonstrated a commitment to public service, imbued their work with vision and creativity, and conducted themselves with integrity and humility in their service to Vermont. Like Governor Kunin, VNRC strives to embody these ideals in our work,” added Shupe, who directs VNRC.