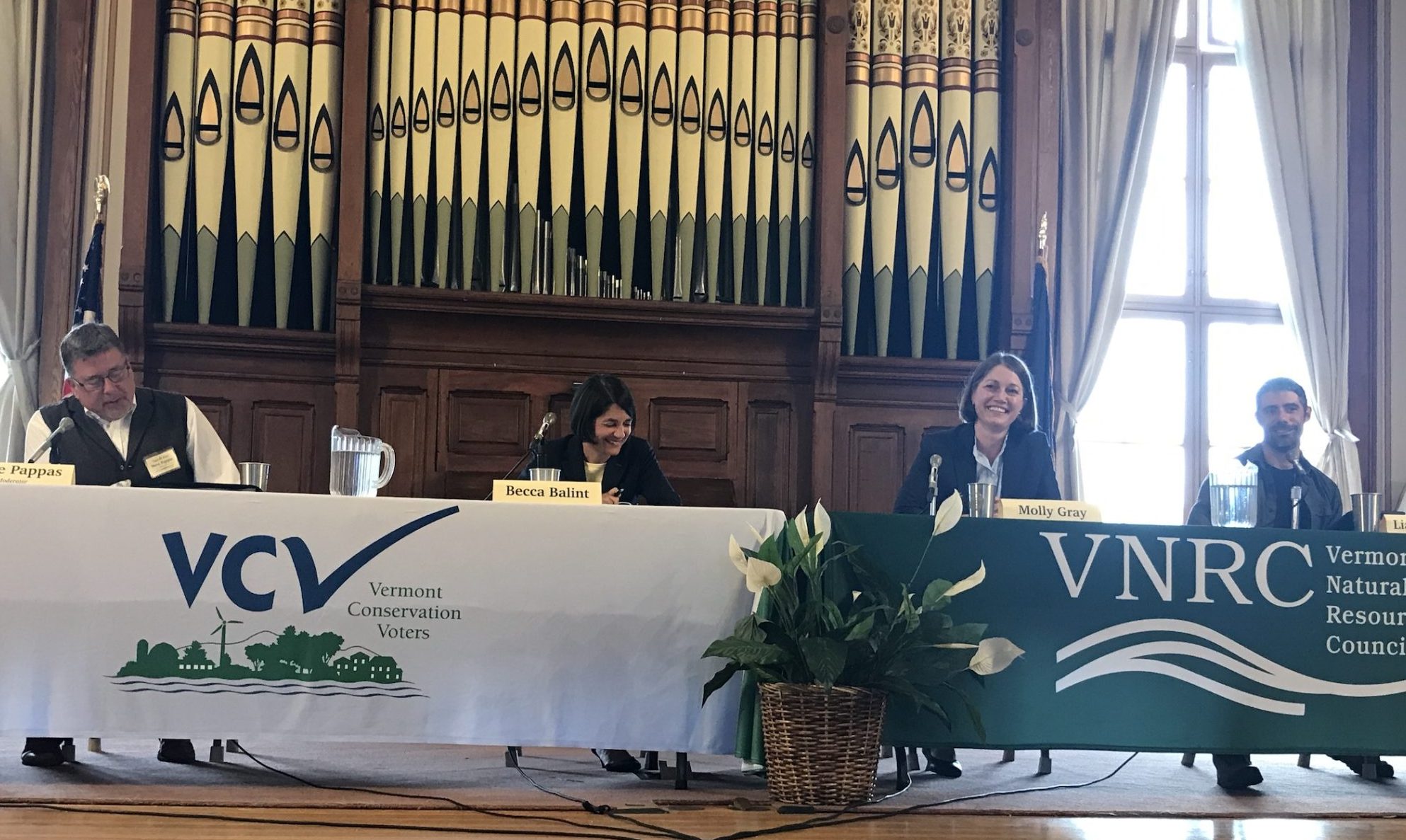 Montpelier – On June 2, Vermont Conservation Voters (VCV) and Vermont Natural Resources Council (VNRC) co-hosted a Congressional Forum with the leading candidates for Congress. The forum was moderated by Steven Pappas, publisher and executive editor of the Times Argus/Rutland Herald.

Balint, Gray, and Madden offered insight into their priorities for the state of Vermont and their overall vision for the country, including how to address climate change; what to do about climate migration and Vermont’s housing crisis; where renewable energy and regenerative agriculture fit into a local and global economy; possible solutions to the ongoing epidemic of gun violence; the importance of protecting biodiversity while increasing access to natural resources; and the precarious state of our democracy. The forum concluded with a focus on climate anxiety, especially among our youth, as a real, and increasingly debilitating problem. Candidates offered hope for a bright future and habitable planet, including acknowledgement that young people who see, and are disheartened by, the glaring problems inherent in our current democracy are seeing the world clearly, and they encouraged people to get involved and take action.

Lauren Hierl, Executive Director of Vermont Conservation Voters, commented, “This Congressional election – the first in Vermont in 16 years without an incumbent running – presents Vermonters with a critical opportunity to decide the type of leadership they want representing them in Washington, DC. The forum provided voters with a deeper understanding of the candidates’ priorities and values — which is so important at a time of climate crisis, democracy in peril, and other urgent issues facing our nation.”

Candidates were invited to speak who had filed for office and demonstrated they’d received 5% or more of the vote in a previous statewide general election or primary, had polled 5% or higher in a primary or general election poll conducted by an independent professional pollster, or had raised at least $35,000 or received contributions from at least 1,500 Vermonters.

After the forum, any candidates in attendance were invited to introduce themselves, which included Sianay Chase Clifford, former aide to U.S. Rep. Ayanna Pressley, who is running for US Congress, along with Jared Duval, Executive Director of the Energy Action Network, and Anne Watson, longtime science teacher and current Mayor of Montpelier, both Democratic candidates for the Vermont Senate. All candidates stayed afterwards to talk to members of the audience for a meet and greet over refreshments. VCV and VNRC worked with ORCA media to offer live streaming of the event, which can be seen in full here and below. Over one hundred people were watching the forum live, from home.