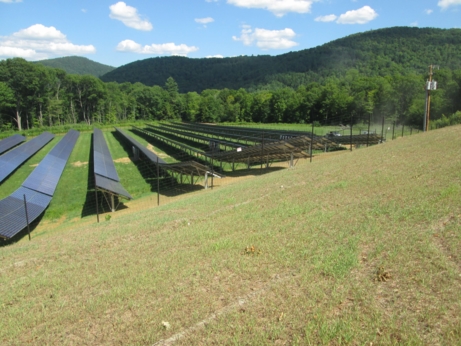 Your voice is needed to support an important clean energy program by May 12.

The Public Service Board (PSB) is drafting a new rule to update Vermont’s net metering program. This program has made it possible for homeowners of all incomes, schools, municipalities, churches, businesses and others to enjoy stable, affordable, clean energy.

The PSB recently issued its latest draft of proposed changes to the program – and they are asking Vermonters to weigh in. This is a critical opportunity for you to support small-scale, distributed renewable energy in Vermont.

Can you make your voice heard at one of the two public hearings next week – or send written comments to the PSB by May 12?

Here are the details:

In many ways, the most recent revised rule is an improvement over earlier versions. That said, several significant issues remain and, if not addressed, could undermine the success of this important program. Can you weigh in and ensure that Vermont continues to have a strong net metering program that supports the development of affordable, clean, well-sited projects?

We offer our thoughts on the current draft below.

What we like in the current draft of the proposed rule:

Our concerns with the rule currently under consideration include:

VNRC will be submitting comments to the Board asking them to address these and other issues – but we need to make sure they hear from Vermonters like yourself who want to see the net metering program remain strong.

Hope to see you at one of the public hearings – and don’t forget to weigh in with public comments to the PSB by May 12.

Thanks for all you do!