Join us for a night of inspiring short films, from the safety and comfort of your own home. By donation.

Donate $10 or more and you’ll be entered into a raffle to win some wonderful prizes.

Our silent auction is now open, too. Bid on your favorite items today! 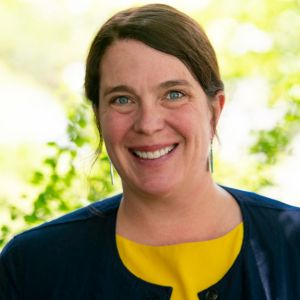 When Governor Scott established a Climate Action Commission in July 2017, he charged the 21 members he appointed with recommending at least three short term actions that Vermont could move on quickly to address climate change. The Vermont Natural Resources Council applauded his decision, and I welcomed the opportunity to serve on that Commission with its diverse and committed members.

The Commission fulfilled its initial charge last month and recommended five near-consensus strategies for the Governor to advance as an essential starting point. Disappointingly, in a letter Governor Scott sent to the Commission on Friday, Jan. 26, 2018, he dismissed many of the initial recommendations, including rejecting an impartial study of carbon pricing and other decarbonization strategies.

The Governor should be willing to explore policies that could grow jobs and bend the curve on Vermont’s rising greenhouse gas emissions, including a smartly crafted carbon price or cap and invest approach. This has been an effective, successful approach promoted by prominent Republicans, and one that is working well for the economy and the environment in almost 50 other jurisdictions worldwide.

While legitimately highlighting that some recommendations need more fleshing out, this disappointing response is the most powerful demonstration to date that Governor Scott might not be willing to take substantive action when it comes to climate.

In the letter, Governor Scott:

Vermont and its leaders must position Vermont to benefit from the energy transformation now underway, embracing this transition in a strategic and equitable manner to build the 21st century clean energy economy Vermonters need and deserve.

In recent years, supportive state policies and political leadership have helped cement Vermont’s clean energy industry as the fastest growing economic sector in the state, and an important driver of Vermont’s economy. Now one one out of every 16 Vermonters is working in the efficiency, renewables and transportation innovation arena.

Unfortunately, far less attention has been given to the heating and transportation sectors; the two largest greenhouse gas emissions sectors in the state. It is Vermont’s 100 percent reliance on imported fossil fuels to heat and power these sectors that could, in fact, make a well-structured price on pollution work well for Vermont – and all Vermonters. Only a well crafted, full and fair analysis can answer legitimate questions and concerns about the best strategies for pricing carbon and creating jobs and affordability.

Vermont policy makers and Vermonters must have the information and context needed to make informed decisions and shape solutions that serve us well today, tomorrow and into our changing future.

Johanna Miller is the Energy & Climate Program Director at the Vermont Natural Resources Council and a Climate Action Commission Appointee. Reach her at jmiller@vnrc.org or 802-223-2328 ext. 112.