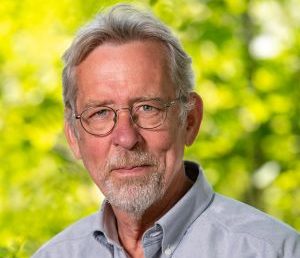 With extensive Vermont experience in land use planning, community development, and environmental conservation, I have worked on Act 250 issues for three decades.  This has included representing, or appearing as an expert witness on behalf of, applicants, towns, regional planning commissions, state agencies, citizen groups, and the organization I currently work for.  Based on my background, I am compelled to correct several of the inaccuracies and misconceptions contained in Rep. Sullivan’s Op/Ed.

Ms. Sullivan begins by recounting how “many people believe” that Act 250 is a drag on Vermont’s economy, and believe that the process is long and unpredictable.  She dismisses the fact that nearly all applications are approved, with the average processing time from the submission of a complete application to the issuance of a decision of 70 days.  These statistics hardly reflect a program that is rife with uncertainty and unpredictability.

In dismissing the data that undermines her argument, Rep. Sullivan repeats a common charge by opponents of Act 250 that the data does not account for projects that are never proposed because of a fear of Act 250.   This argument relies on anecdotes about what people say they might have done but for Act 250.  It is impossible to disprove these vague claims, quantify them, or objectively weigh what public benefits may have been lost against what the costs and impacts of those phantom projects would have been.

These claims also ignore data that indicate Act 250 has actually helped Vermont’s economy by discouraging speculative development that have harmed other states, especially during economic downturns.  According to data from the U.S. Census Bureau and U.S. Department of Commerce, Vermont’s economy has generally performed as well as, and usually better than, other northeastern states in terms of the rates of job creation, growth in per-capita income, and housing development, since the law was enacted.

That is not to say that our economy is not facing challenges, especially in southern Vermont, but there are many complex factors at play and placing blame on a well-established development review process that safeguards the natural and community assets that define Vermont’s competitive advantage is misplaced and, frankly, confusing.

For example, Rep. Sullivan, inexplicably, cited last year’s lowering of Vermont’s bond rating as an indication of the state’s economic underperformance.  According to State Treasurer Beth Pearce, “as of October 2018, Vermont has the highest overall credit ratings of the New England states.”  This has been the case for several years.

Confusing the state’s economic well-being with its current fiscal management, she ignores the impact that three gubernatorial budget vetoes in two years and past underfunding of state pension liabilities likely had on the rating agencies’ decisions to move Vermont from a AAA to a AA+ rating.  These factors certainly played a bigger role in these decisions than the existence of Act 250, which had been in effect during the several preceding years when the state enjoyed the highest credit rating possible.  False equivocation should not be a basis for undermining good public policy.

Ms. Sullivan also criticizes the recommendation that appeals of Act 250 decisions be heard by an administrative panel, rather than the Environmental Division of the Superior Court, where appeals have been heard since 2004 (for the previous 34 years appeals were heard by a nine-member citizen board).

The rationale for the recommendation to return oversight to an administrative board is that it would improve coordination of the nine district commissions that administer Act 250 – improving the consistency in decision making that was harmed when appeals were moved to the courts – and reduce the time and expense that a typical appeal currently involves.  Improving consistency and reducing time and expense are Ms. Sullivan’s apparent goals, yet she criticizes a key strategy for achieving them.

Instead, Ms. Sullivan co-sponsored a bill that would significantly alter the district commission process by making it more formal and litigious, and much more difficult for all parties – applicants, neighbors, municipalities – to participate in.  One constant theme that I have heard over my 30+ years in Vermont is that the district commission process is efficient, accessible and transparent.  Ms. Sullivan’s proposal would change that for the worse.

Finally, Ms. Sullivan is critical of the proposal that Act 250 address human-made climate change.  This proposal acknowledges that climate change was not recognized as a significant threat to our environment and economy 50 years ago when the law was crafted.   In a telling sentence, Rep. Sullivan states that “we know the science around the causes and effects of climate change is still developing.”

The scientific consensus is actually clear and overwhelming — burning fossil fuels at present rates is having a profound impact on the earth’s climate. Is Rep. Sullivan questioning that humans are contributing to climate change?  If so, this is a dangerously irresponsible position for a Vermont lawmaker to take, and I am sure it does not reflect the attitudes of a majority of her constituents.

An abridged version of this commentary appeared in the Manchester Journal on March 14th.

Brian Shupe is the Executive Director of the Vermont Natural Resources Council.  He lives in Waitsfield, Vermont.