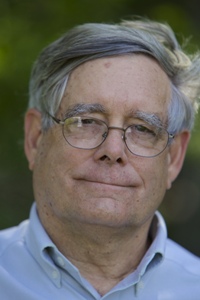 Bob Klein served as state director of the Vermont Chapter of The Nature Conservancy (TNC) for over 30 years. He was a founder of the Vermont Housing and Conservation Coalition, acted as a co-chair of the coalition, and has helped bring many millions of dollars in state funds to Vermont’s ongoing conservation efforts. The Nature Conservancy was instrumental in a deal to purchase the former Champion lands, now the Northeast Kingdom Heritage Lands, leading science-driven efforts to establish a 12,500-acre core area owned by the state.

Gus Seelig, the director of the Vermont Housing and Conservation Board and past recipient of the Arthur Gibb Award, said Klein’s work will leave a lasting mark on Vermont.  He noted that Klein helped Vermont add thousands of acres of land to state parks and forests, including Green River Reservoir State park, Knight Island and other important locations.

Bob’s legacy as Vermont’s first director of the Conservancy’s Vermont Chapter will be found for generations to come at TNC’s Vermont preserves – in places like Black Mountain, Bald Mountain, and Long Pond. His leadership provides all Vermonters with an elegant example of how we can work together in promoting the values that Art Gibb embodied,