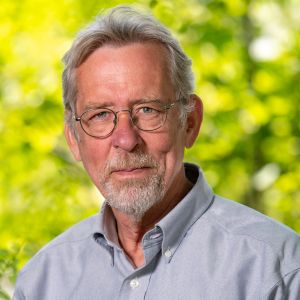 This article by VNRC’s Brian Shupe first appeared in the August 10, 2014 edition of the Times Argus/Rutland Herald.

Other than nuclear war, I can’t imagine a single, overarching global issue that will do more to shape the 21st century (and future centuries) than humanity’s collective response to climate change.

We’ve all heard the scientific reports, which I admit to tuning out as much as the next person. After all, who wants to get bummed out on bad news and seemingly insurmountable challenges? Especially in the middle of one of the sweetest Vermont summers in recent memory, with clear, warm days providing ample opportunity for great hiking, paddling and fishing.

But the reality is that we all have to care about climate change and do something soon to avoid the worst consequences of it. That’s because it’s happening now, and it’s happening because human activities are driving it. It’s also beginning to exact a high price on people’s pocketbooks, lives and security.

California, for example, is experiencing the worst category of drought conditions, with nearly 60 percent of the state’s populace living in an area of “excessive drought.” There are increasingly urgent conversations about how to quench Californians’ thirst and irrigate the farmlands that feed millions across America.

With estimates that the current drought has cost the Golden State more than $2 billion, it’s no wonder that more national business leaders and conservatives are calling for action on climate change now. Recently, for example, President George W. Bush’s former Treasury Secretary Henry Paulson came out strongly in support of a tax on polluting carbon emissions.

While Vermont’s lovely summer days might help mask the urgency of climate change, many of us still feel the sting from the wrath of Tropical Storm Irene — one of four federally declared, climate related disasters that struck the state in 2011. The tally for those “more frequent and intense incidences of extreme storm events,” which is the scientific phrase used to describe the impact of climate change on Vermont, was in the hundreds of millions of dollars.

Thankfully, Vermonters have long demonstrated a very real commitment to doing our part to protect our planet. It’s one of the reasons Vermont lawmakers overwhelmingly enacted statutory goals to reduce the state’s greenhouse gas emissions by 80 percent by 2050.

It’s also one of the reasons that, three years ago, more than 9,000 Vermonters participated in the update of the state’s Comprehensive Energy Plan (CEP). This a plan that laid out the bold goal of meeting 90% of the state’s energy needs — heating, transportation and electricity — through renewable resources by the year 2050.

Supporters of these goals, including myself, believe that their audacious reach matches the reality of what it’s going to take to achieve them. The problem, however, is that goals like these are nearly impossible to achieve without a clear blueprint for action.

We know that Vermonters will need to conserve far more energy than we do now, and use energy far more efficiently, too. We will also need to move to renewable energy sources to run our vehicles, power our machines and heat our homes. And, we will need to change the way our communities grow and develop to take into account the rising – and multiple – costs of our over-reliance on fossil fuels. We are making gains in all these areas, but not enough. There is much more to do.

How can Vermont meet its ambitious energy and climate goals? That analysis is happening right now within the Vermont Public Service Department in its Total Energy Study (TES) process.

Mandated by the Legislature, the TES initially examined several diverse sets of policy and technology options, or “pathways,” to reach Vermont’s energy and climate goals. With input from Vermonters, the PSD narrowed those pathways down to three and, in the coming weeks , are expected to release the detailed analysis of the economic and energy implications of three potential pathways.

The outcome of the TES – and how the Shumlin administration, state legislators, and all Vermonters use the study to set a course for strategic energy action – will determine how committed we are to the challenge of our time.