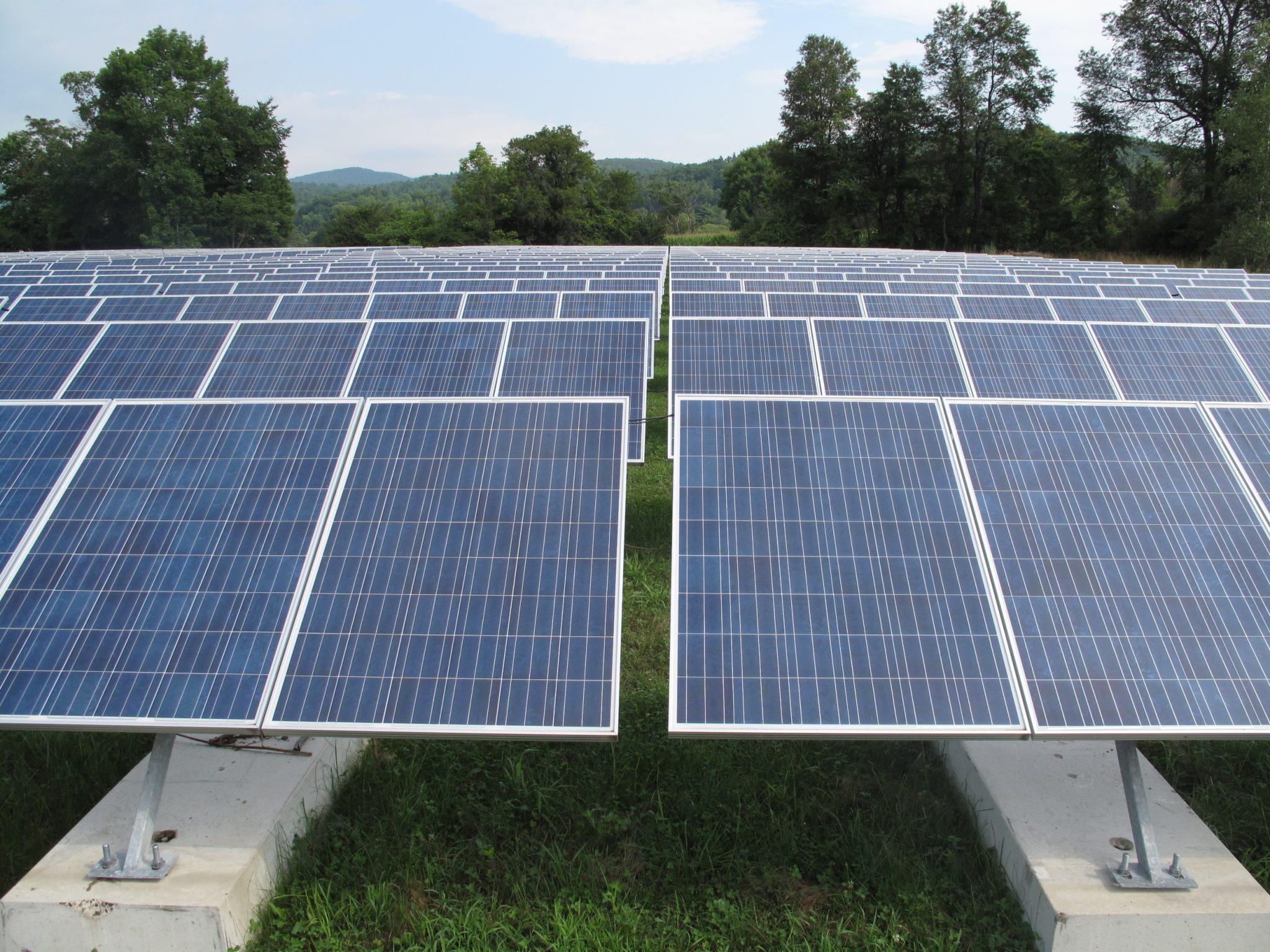 Read on for an overview of what moved on clean energy and climate-focused issues during Vermont’s 2018 legislative session, what didn’t, and why. Note, however, that while the Legislature adjourned in early May, a political showdown between Governor Phil Scott and legislators on several issues – including, potentially, some climate and clean energy related ones – means that there are a few things still in flux.

In general, despite the urgency and opportunity in taking action on climate change, the Legislature made only modest progress this year. Lawmakers deserve credit for moving several policies forward, however, and we hope that two other meaningful provisions – a climate package in the state budget, as well as funding for the Clean Energy Development Fund – don’t become bargaining chips in the impending showdown between Gov. Scott and the Legislature in the vetoed state budget. We will keep you posted on that, but here’s a summary of where things stand right now:

THE STATE BUDGET, which includes a CLIMATE CHANGE PACKAGE: Lawmakers overwhelming passed a strong budget, including a “climate package” that includes four provisions based on the recommendations of Governor Scott’s Climate Action Commission. With broad bipartisan support, the House and Senate passed H.924 – the budget bill –with a section intended to move forward a few of the recommendations of Gov. Phil Scott’s Climate Action Commission. The four provisions in that climate package are:

While the Governor issued a letter earlier in the session that noted his opposition to a decarbonization study, it is unclear at this point – given the other large disagreements on education funding and other issues – whether the climate package of sufficient concern to Governor Scott to note in his budget veto explanation (despite the fact that the climate package merely reflects recommendations of his own climate commission). The veto means that every provision of the budget could become a bargaining chip as the final negotiations play out. Lawmakers will be back in Montpelier in the coming weeks to hammer out the budget and other issues. We will keep you posted as this evolves. In the meantime, you can read the climate package on page 110 of the budget – H.924.

Another provision included in the budget, and therefore still in flux, relates to the Clean Energy Development Fund. After a backhanded maneuver by the Scott Administration to transfer $500,000 out of the job-creating Clean Energy Development Fund (CEDF) to the General Fund – which would have essentially gutted the fund – lawmakers rejected that proposal and maintained those dollars in the CEDF. At the same time, lawmakers also went to bat for returning $453,000 owed to the CEDF (because extra funds were transferred in previous years from the CEDF to the General Fund to cover expenses for a solar tax credit that were not ultimately spent). These funds will be used to support the CEDF and CEDF-supported projects, like advanced wood heat. Gov. Scott’s impending veto of the budget threatens both of these efforts to ensure limited CEDF dollars continue to go to clean energy job creation.

Appliance Efficiency Standards and More. H.410 was originally a bill focused singularly on expanding the number of products required to have energy efficiency standards (particularly products not currently covered at the Federal level). The bill passed and was signed by the Governor and now includes:

The Miscellaneous Energy Bill, H.676, passed the Legislature with strong votes, and was signed into law by Gov. Scott. The core provisions of the bill are:

Expanding Opportunities for Businesses to Undertake Self-Managed Efficiency. Lawmakers passed and the Governor signed H.739; a bill that creates a three-year efficiency pilot program capped at $2 million dollars per year. It gives Efficiency Vermont more flexibility in working with businesses who apply for the program (by partnering with them to install energy storage systems, for instance). This bill began as an aggressive proposal by the Scott Administration that efficiency advocates worried would threaten the stability and system-wide benefits provided by electric efficiency and Efficiency Vermont. The end result, however, was a modest “win” for expanding and diversifying energy efficiency services. It ensures that this pilot is under the purview of and in partnership with Efficiency Vermont, which is essential to ensure the integrity of the program and ensure the benefits of system-wide efficiency are enjoyed by all Vermonters – not just participating businesses.

PASSED but not yet SIGNED:

S.276 – The Rural Economic Development bill, Including an Incentive for Advanced Wood Heat. This bill enables up to $200,000 (paid from the Clean Energy Development Fund) to pay for exempting purchases of advanced wood heating systems from paying the state sales tax for three years. The goal and hope for this is to help reduce the upfront cost of these systems, thereby incentivizing their installation.

BILLS THAT DIDN’T MOVE THIS SESSION:

The electric bill-reducing “ESSEX” carbon pricing plan. Lawmakers in both the House and Senate had introduced bills modeled off of the innovative idea put forward by business, academic, low income and environmental advocates last November. This plan – the “Economy Strengthening Strategic Energy eXchange” – or ESSEX plan – would put a gradually rising price on heating and transportation fuels – the state’s two biggest GHG emitting sectors – and return all of that revenue to Vermonters by reducing their electric bills, helping to accelerate the transition to renewable electrification. The ESSEX Plan also provides additional financial relief to lower-income and rural Vermonters to offset the higher costs of heating fuel and gasoline. 284 is the Senate version of the policy concept and H.791 is the House version. It was never anticipated that these bills would move this year, but hearings took place on both bills. If passed, the carbon pricing/decarbonization study will help shed light on the costs, benefits and value of this approach and others, and will help inform any future potential policy – ESSEX or beyond.

Stay tuned in! Visit www.vnrc.org for more info and, each week, stay tuned to what’s happening – or not – on climate and clean energy in the Vermont Legislature by following VNRC’s “Climate Dispatch from the State House.” Check out each week’s “Climate Dispatch” at http://vnrc.org/programs/energy-climate-action/education-and-advocacy/ and follow (and SHARE!) each week at #ActonClimateVT via Facebook and Twitter.

Also, be sure to follow timely policy issues, events, programs and opportunities by signing up (and encouraging others to sign up) for VECAN’s newsletter at www.vecan.net and VNRC’s at www.vnrc.org. Also, if you’re inspired, members make our work possible. Learn more about joining VNRC at www.vnrc.org too. Thanks for all you do!