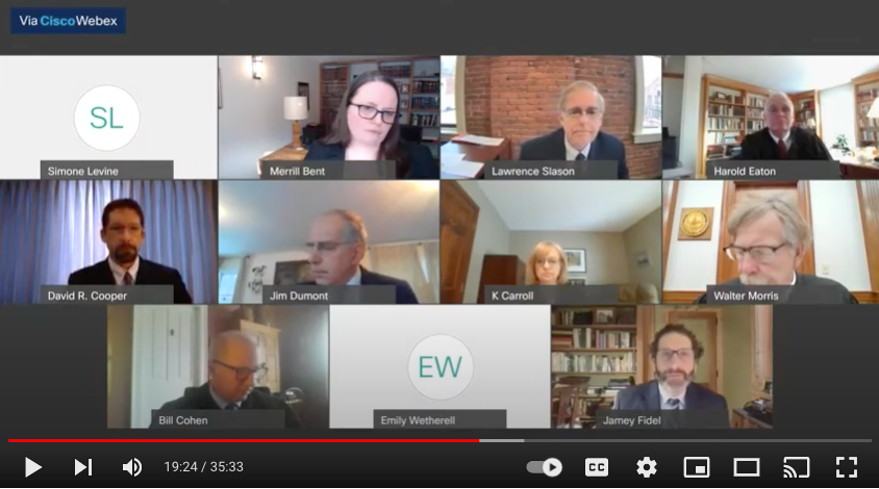 The Vermont Natural Resources Council lauded today’s decision of the Vermont Supreme Court clarifying how commercial development should be reviewed by Act 250 in municipalities that do not have permanent zoning and subdivision regulations (i.e., one-acre towns).  This decision was issued after the Court agreed to reconsider an earlier decision that would have effectively changed over 50 years of precedent in determining how Act 250 should be applied.

“After hearing new arguments, the Court has left in place the long-established practice of reviewing commercial development on tracts of land greater than an acre in towns that do not regulate development,” said Jamey Fidel, VNRC’s General Counsel. “This is consistent with years of administration, and the legislative history we reviewed, and we believe the Court got it right.”

“We very much appreciate that the Court allowed VNRC and the seven former Chairs of the Natural Resources and Environmental Boards to participate in the case through written briefs and oral arguments,” stated VNRC’s Executive Director Brian Shupe.  “I believe we were able to help clarify longstanding practices in how commercial development in one-acre towns has been treated under Act 250, and we are very pleased with the Court’s decision.”

As background, VNRC submitted a brief urging the Court to reconsider the decision, and VNRC’s General Counsel, Jamey Fidel, argued in front of the Court in support of the 50-year practice of applying adequate oversight in towns that don’t have land use regulations.