Home » People, Places, and Transportation » Mixed Messages: How our Roads Signal Us 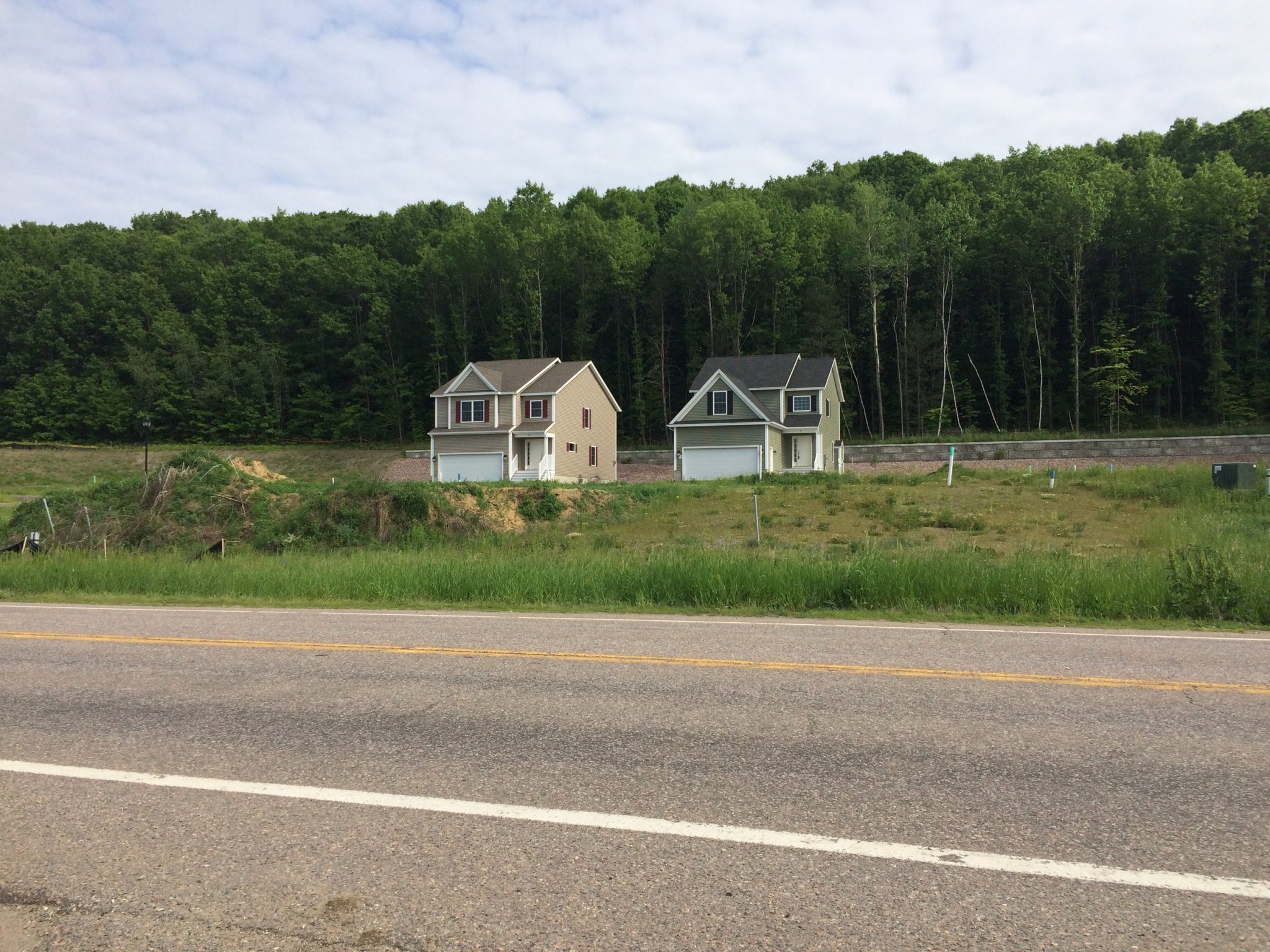 Last month, Vermont Public Radio ran a story about speed limits. It cited three small towns whose municipal budgets are funded largely by speeding fines imposed on unsuspecting motorists. Town officials, quoted in the piece claimed the slow zones are justified for safety reasons. Others saw them as artificially low and unfair to drivers.

The story captured opposing attitudes about speed that tend to vary depending on whether one happens to be sitting behind the wheel or standing beside the road.  As we switch from driver to pedestrian and back again, our perspective and desires change.  No wonder that the setting and enforcing of speed limits can be complicated and divisive.

But while VPR listeners were asked to consider both sides of the speed trap issue, a larger question went unanswered—where exactly, should we slow down and where is it okay to drive fast?

It used to be clear. Before sprawl blurred the edges between town and country, the built environment offered sharply different driving contexts—the open road where speed made sense, and the village, where it didn’t. Between villages, highways were mostly free of slowing and turning cars, intersections, pedestrians, and driveways. Most of those hazards were safely tucked into village centers where the pattern of land forms and buildings sent drivers clear signals to slow down. The curve or hill that marked the entrances to most towns  forced drivers to decelerate and inch past closely-spaced buildings on Main Street, snaking though narrow streets before reaching open land on the opposite end of town. A sign might mark the lower village speed limit, but a narrow bridge or a barn looming over a bend in the road communicated the need to decelerate far more effectively.

It’s less obvious now. Main Streets look and feel more like highways, and rural roads function as business corridors. Village activities have faded, or migrated to the countryside. Homes are scattered beyond a frayed edge. The curves, twists, narrow bridges, and many of the buildings that once formed village gateways have fallen victim to federal and state road standards requiring wider, straighter, more open roads.

When the places you need to go every day are far apart—the byproduct of our dispersed land use pattern—speed seems essential. But Vermont’s built environment isn’t suited to the speed we crave and our modern cars offer.  Except for two interstates and a handful of bypasses, most roads are intertwined with our settlements. They wind through villages, nudge up against homes and bisect farms. A lot of people live, work or walk very close to major thoroughfares.  It’s an intimate relationship that makes for gorgeous scenery, but creates conflict between our need for speed and our desire for safety.

The Agency of Transportation (VTrans) has attempted to answer both needs by untangling that relationship—creating a smoother path for moving vehicles and greater distance from the communities they bisect.  It has spent millions taking some of the kinks out of major highways, so that they function less like two-lane roads and more like interstates. In the forty years I’ve driven from Burlington to Bennington, I’ve seen Route 7 grow wider and straighter.  Trees, barns, roadhouses, and tourist shops that once hugged the road, vanished as sections of the right-of-way expanded to create wider shoulders and more passing lanes.

All the straightening and widening makes it hard to obey speed limits because posted speeds often contradict what the road tells us to do. This is the case on Route 7 in Mt Tabor, one of the towns cited by VPR. Its tiny hamlet is no more than a handful of buildings around a splayed intersection. Instead of visual clues compelling them to slow, passing motorists see a flat, straight road with wide shoulders. In fact, in 1999, when the Selectboard Chair petitioned to have the speed limit reduced from 50 mph to 45, highway engineers revealed that the road had been designed to handle speeds of 60 mph. In posting a limit 15 mph below the speed that most law-abiding drivers perceive to be safe, Mt. Tabor had created the perfect speed trap.

But who can blame the town for monetizing the “upgrade” they received from VTrans years ago?  A design speed of 60 mph in that location may be safe for drivers, but it could prove deadly for walkers and dangerous for locals pulling onto a road that is essentially their main street. Town officials are justified in demanding a safe environment for the pedestrians and slow-poke drivers in its town center, however few they may be.

In its guidebook, Setting Speed Limits, The Vermont Local Roads Program offers advice to municipalities on regulating speeds. In addition to considering a road’s context—type of development and density—it suggests monitoring traffic and identifying the speed that at least 85% of vehicles are traveling. An ideal speed would be at or slightly below this number.  Too far below and drivers will become frustrated, or scofflaws. This method acknowledges that most people will drive the speed they perceive to be safe. relying less on posted signs and more on the look and feel of the roadway.

But the 85% rule of thumb often gets ignored. When exurban residents, scattered along country roads demand the benefits of living in a slow speed zone, limits are set below what most drivers would perceive to be safe. Jericho is a bedroom community with homes spread thinly across fields and woods. Despite the town’s low density, all but a few segments of its roads are posted 35 mph. This undoubtedly pleases many residents, but it’s frustrating to drive through that town, creeping along for seven miles at what appears an arbitrarily low speed while a line of cars stack up behind you. In fact, Setting Speed Limits warns against setting a uniform speed for all roads. Limits that are perceived to be unreasonable erodes citizens’ respect for the law and can cause risky behavior like dangerous passing.

The messages are mixed. The road tells us to speed up, while the signs say we must slow down.  It has become easier to zip through villages than past country homes.

Land use regulations that encourage sprawl and engineering standards that allow speed have built expectations for traveling quickly between far flung locations. But few people want to live with the reality of speeding traffic, so we argue about speeding tickets.  Building the next generation of homes and businesses, close together,  in downtowns and villages is the only way to make speed a lot less necessary.

Julie Campoli is the former editor of the STVT blog, an urban designer, land planner and author who writes about urban form and the changing landscape. Her books include Made for Walking and Visualizing Density. Through her practice, Terra Firma Design she helps communities and organizations plan for the future.