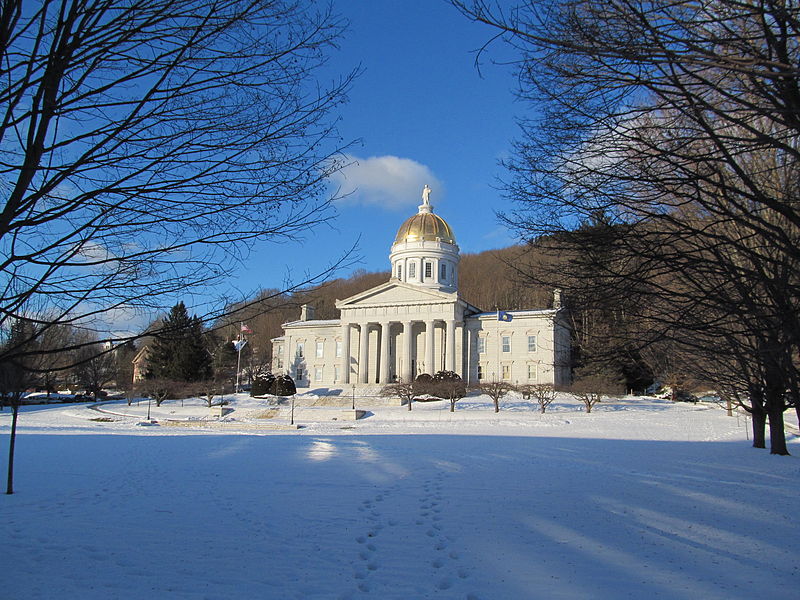 Despite consensus in Vermont from the highest levels of state government on down that we must tackle the challenge of climate change, our state’s carbon pollution is rising. Our rhetoric far outpaces our actions.

There is no time to waste in changing this trajectory – and significant job-creation opportunities for everyone in a strategic response; putting people to work weatherizing homes, installing heat pumps, putting solar on homes, schools, municipal buildings and far more. Below, we lay out the current lay of the land on climate and clean energy efforts, as well as outline ideas for how you might help Vermont make much-needed progress.

An In-Depth Legislative Lowdown on Climate and Clean Energy

Three weeks in, the 2018 legislative session is heating up. There have been many new bills introduced related to climate and clean energy, bills that remain “on the wall” from last year (but could be taken up this year), and some bills expected soon that have yet to be introduced. Here’s a high-level overview – as well as a short summary and links to some of the bigger climate and energy bills in the mix this session:

House Speaker Mitzi Johnson gaveled in the 2018 legislative session with an overview of her priorities. Among them was a commitment to taking action on climate. She charged every House committee with exploring and advancing climate solutions in their purview. To date, a few committees have embraced this charge, though exactly what they will do is TBD. Late last week, for example, the House Health Care committee took testimony on climate change and health care. Call or email your Representative; ask them what they plan to do on climate this year … and encourage them to be as bold as possible. Reach out to your Senators too. Senate leadership has not made it clear what they plan to do, if anything, on these issues this session. As our greenhouse gas emissions are on the rise – falling dramatically short of our state’s statutory goals – moving beyond rhetoric to meaningful action on climate is required. Ensuring your lawmakers know that you hope and expect they will support and advance strong, diverse policies is critical.

The Focus of the Legislative “Climate Solutions Caucus”

The 60+ member legislative Climate Solutions Caucus (CSC) meets most every Thursday in Room 10 of the Vermont State House. In their first meeting, lawmakers got an update on the work of Governor Phil Scott’s Climate Action Commission from its co-chairs. They also heard about three overlapping areas of priority for the legislative Climate Solutions Caucus and the Vermont Climate Action Commission –  1) further electrifying our transportation system, 2) expanding weatherization opportunities, and 3) fully and fairly examining carbon pricing/market based policy approaches to bend the curve on Vermont’s rising greenhouse gas emissions. You can also check out last week’s CSC meeting – where House Speaker Johnson laid out her climate strategy – here.

Some 2018 energy and climate bills this session:

These are some of the bigger energy and climate focused bills, but not all. There will likely be other bills moving – or other efforts underway, including the need to stay vigilant and respond to any potential rollbacks to good climate policy. For example, though it’s unclear how or if it will happen, there will be a need to guard against potential attacks on weatherization and efficiency funding this session. We will keep you posted on that issue – and all issues – as the session progresses, so stay tuned…

An Update on the Climate Action Commission

Last summer, Gov. Scott convened the Vermont Climate Action Commission (VCAC) and charged its 21 diverse members with recommending solutions to and, by July 2018, outlining a plan for reducing our state’s contribution to climate change and meeting out state’s 90 by 2050 all-energy Comprehensive Energy Plan goal. In December 2017, the VCAC delivered its initial report and its first, shorter-term recommendations to Gov. Scott, outlining five steps the Governor should take soon. The Commission met in early January 2018, but there was no clarity at that time on what – or if – the Governor’s proposed actions will be on any or all of those recommendations. The five recommendations delivered for the Governor’s consideration were:

The Governor will deliver his budget address on Tuesday, January 23rd before the full legislature. Commonly seen as a reflection of an executive’s priorities, it’s hoped the Governor will outline which of these efforts he will advance this year, if any. Ideally, the Governor will embrace all of the recommendations, widely supported by his hand-picked commission, and move the ball in much-needed ways – in particular in the transportation and heating sectors, our two largest GHG-emitting arenas.

Keeping You in the Loop and Influencing Action: A WEEKLY Dispatch via #ActonClimateVT

Each week, we plan to bring you a weekly from-the-State House short video distillation via social media of what’s happening – or not happening –  on climate and clean energy and ideas at the state level and, importantly, what concerned Vermonters can do about it to help make progress. Using Facebook and Twitter, we will post a “Dispatch on Climate” each week by tuning into – and sharing – this hashtag: #ActonClimateVT. Please follow the conversation online and share your own thoughts and stories using this hashtag. Our goal is to help make it easier for climate concerned Vermonters across the state to follow what’s happening on these issues, build and help integrate our movement under this umbrella and outline how you might help so that we can make much needed progress.

Again, despite apparent consensus from the highest levels of state government on down on this pressing issue, we are failing to make much progress, with our rhetoric on climate far outpacing our actions. We will need you – and many more Vermonters – to be speaking up, stepping in and stepping up.

We will continue to keep you as informed as possible, but also keep in touch with us! Let us know how we might help you stay better informed and turn your passion into action. Ultimately, our goal is to help move the dial on climate action in a way that protects the most vulnerable, seizes the economic development opportunity and actually achieves real results. We’ve been co-hosting some community conversations with local leaders across the state – maybe we can organize an event with you in your region? If interested, email us and let us know!

For more information about any of these issues, contact VNRC’s Energy & Climate Program Director Johanna Miller at jmiller@vnrc.org or 802-223-2328 ext. 112.