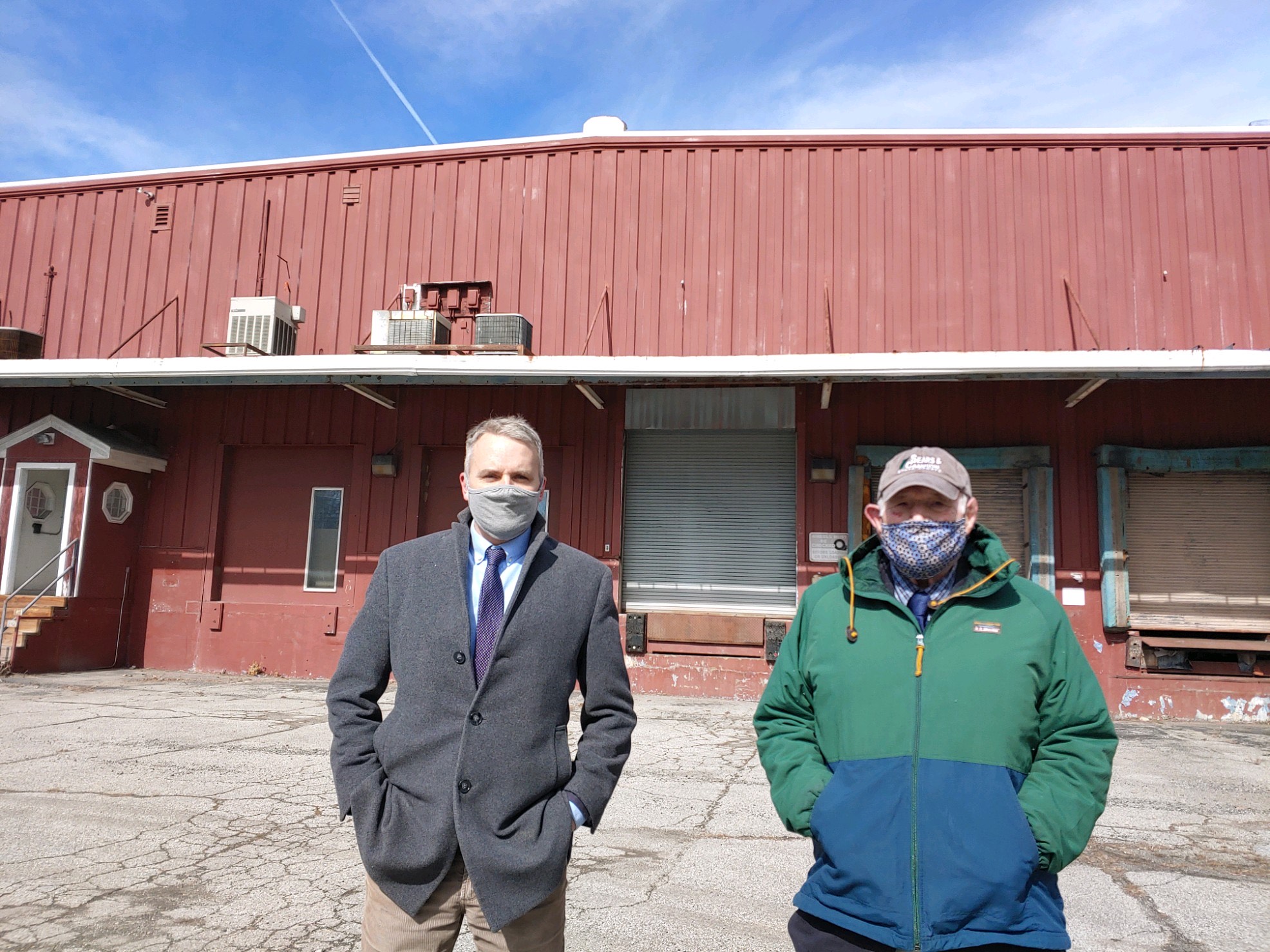 Today, lawmakers and people impacted by toxic PFAS contamination came together to call for lawmakers to support legislation that will help Vermonters access medical monitoring for diseases linked to toxic exposure.

Bennington Senators Dick Sears and Brian Campion (pictured above; Sears on right) announced the introduction of a bill to help victims of toxic contamination. The first part of the bill provides a legal remedy which allows Vermonters to hold polluters accountable for the costs of medical monitoring required as a result of exposure to toxic chemicals. The bill also provides a second legal remedy which would allow the state government to hold the companies that make dangerous chemicals liable for the harm they cause to Vermont’s air, land, and water.

Similar legislation passed the Vermont Legislature twice before, but both times was vetoed by Governor Scott. The new version of the bill addresses the Governor’s concerns while helping Vermonters by providing a fair opportunity to hold toxic polluters responsible for paying medical monitoring expenses for diseases linked to toxic exposure.

Senator Dick Sears of Bennington noted, “This bill will help protect Vermonters who have been exposed to toxic substances, through no fault of their own, by making the polluter pay.”

“Here in Bennington County, we’ve lived with the devastating impacts of toxic contamination in our community. We’ve watched what happens when a corporate polluter harms Vermonters’ health and property, and threatens our bodies with long-term diseases — and then leaves us to pay the price,” said Bennington Senator Brian Campion.

“It’s too late for this legislation to help our community’s toxic PFAS contamination crisis. But we want the next Vermont community dealing with chemical contamination to have the comfort of knowing they won’t have to pay medical monitoring costs out of pocket, or not get the care they need if they can’t afford it,” added Campion.

In addition to the two Bennington Senators, people who have been impacted by toxic contamination spoke about their experiences.

Jim Sullivan of North Bennington said: “My family will be dealing with toxic chemical exposure, likely for the rest of our lives, and the cost of medical monitoring can be substantial – especially for many families like ours with a high-deductible insurance plan. This bill won’t help my family, but for other Vermonters in this terrible situation, I strongly believe polluters should be responsible for these costs, not us.”

Loreen Hackett of nearby Hoosick Falls, NY, where residents were also affected by contamination in the area, said she’d “love to see New York State follow suit” on Vermont’s introduced legislation. “Kudos to the Senators for trying to provide what seems to be the most sensible recourse for families exposed to toxic chemicals such as PFOA,” she said. We surely didn’t cause this, nor should we be expected to pay for it, on any front. Make the polluters pay, as they are responsible, because families have already paid and will be paying more than enough in entirely too many ways.”

Jon Groveman of the Vermont Natural Resources Council (VNRC) added, “It’s past time for Vermont to ensure that victims of toxic pollution can recover costs from polluters for doctor visits and laboratory tests before they contract a disease. This new version of the bill has been crafted to address concerns expressed by the Governor in his vetoes of the bill. The Legislature should act on this bill swiftly and the Governor should sign the bill into law.